Baptist Union of Victoria > Book Reviews > How (Not) To Be Secular: Reading Charles Taylor

How (Not) To Be Secular: Reading Charles Taylor 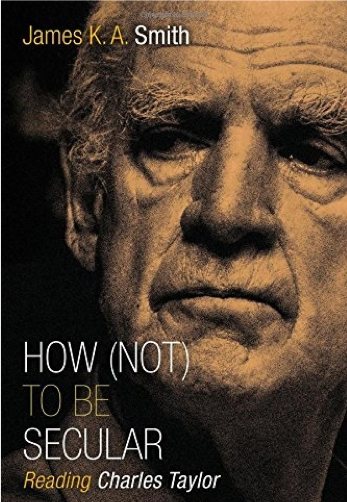 How (Not) To Be Secular: Reading Charles Taylor
By James K A Smith
Reviewed by Darren Cronshaw

Charles Taylor’s A Secular Age is a brilliant tome on faith in a secular age. The Canadian Catholic philosopher has much to teach church leaders and evangelists wanting to understand the place that faith has (or does not have) in people’s imaginations today. It is a guidebook for faith in modern so-called secular society – a kind of philosophical ethnography, or genealogy of the secular, or story book to describe our intellectual and religious history, or “cultural anthropology for urban mission” (Smith, xi). But at a monumental 847 pages some of us need a guidebook to the guidebook.

James K A Smith is Professor of Philosophy at Calvin College and a widely published author on postmodernism, worldview and faith formation. Smith’s 148 page How (Not) To Be Secular offers valuable description, analysis and implications from Taylor’s work. Taylor’s basic question is about the “conditions of belief” where belief has become merely one option among others:

“Why was it virtually impossible not to believe in God in, say, 1500 in our western society, while in 2000 many of us find this not only easy, but even inescapable?” (Taylor, p.25)

It is both challenging and encouraging to read a clearly articulated explanation of why our “secular” neighbours aren’t asking the questions or looking for the answers we might think about. They don’t feel something is “missing”. As devotees of “exclusive humanism”, their interest in God or the afterlife is minimal. They construct meaning from other projects and quests for significance. Yet this “immanent frame” is haunted by the transcendent. Agnostics feel like there might be something more; even as the devoted doubt what they used to believe. Our world does not have faith and transcendence removed (as “subtraction theories” of secularization suggest), but is a contested, cross-pressured, haunted “secular” world.

The first four sections of Taylor’s volume, which Smith treats in his chapters 1-4, outline a nuanced history of ideas and religion. Firstly, Taylor argues that “exclusive humanism” as a “social imaginary” has become viable because people do not generally see the world and nature pointing to something beyond itself – it has become disenchanted. Moreover, individuals are less socially connected and so if we choose our own paths it has less impact on the social fabric. These used to be obstacles to unbelief that have been removed. It is not that God has been removed as if we are in an age of disbelief, Taylor says, but we have learned creative new options of believing otherwise (including the story of “exclusive humanism” of fostering our own meaning). Ironically, Christian apologetics fuelled this trend by offering arguments for a scaled-down God in a world that can run without God, and by allowing faith to be “excarnated” from the concerns of the world. Taylor argues against any secularization thesis that simplistically suggests that reason has replaced belief, or the secular overtaken religion, or science disproved God, or immanence displaced transcendence, yet he masterfully handles the dilemmas and contested space of these issues.

After the extensive historical narrative of how conditions for belief have changes and what it feels like in a secular age, Taylor turns to critical analysis in his fifth section (discussed in Smith’s chapter five). Although a Catholic by faith, Taylor writes not polemically but inviting a conversation. There is a wealth of material to converse over, both within the church and with broader society. For me, Taylor’s analysis (and Smith’s commentary) suggests at least three implications or questions for evangelism.

Firstly, how can we help a new generation of secular people who so value “authenticity” and making their own meaning, to understand that the supernatural is possible, and that pursuing something beyond human flourishing is imaginable? How do we frame this alternative story with appropriate apologetics for a Do-It-Yourself spirituality generation?

Secondly, what is good news for people in secular society and an immanent frame? For example, what does the incarnation have to communicate to people who are so caught up in matters of this world, yet may be haunted by something beyond us?

Thirdly, in what ways can we encourage people to lift their eyes beyond their immanent frame and be open to the transcendent? Most people in Western society are not creedal secularists, but most (including Christians) swim in the waters of secular society including its immanent frame. What converts us beyond that? In what ways can churches offer mystical experiences? Smith concludes:

The aridity of the waste land, coupled with the persistent pressure of transcendence that cannot be explained away, will continue to generate “third ways” of various sorts. In that cross-pressured space, some will begin to feel – and be honest about – the paucity of a closed “take.” And in ways that they never could have anticipated, some will begin to wonder if “renunciation” isn’t the way to wholeness, and that freedom might be found in the gift of constraint, and that strange rituals of Christian worship are the answer to their most human aspirations, as if, for their whole lives, they’ve been waiting for Saint Francis. (p.139)

How (Not) To Be Secular is a helpful commentary on the complexities of the place of faith in secular society from a close reading of Charles Taylor’s seminal volume A Secular Age. It is highly recommended reading for pastors and leaders interested in evangelism, secularism and religious renewal.

This review was originally published inWitness: Journalof the Academy for Evangelismin Theological Education 32 (2016).