Baptcare Chief Executive Graham Dangerfield today announced the appointment of Robina Bradley as incoming Chair of the Board Welcoming Ms Bradley to the position, Mr Dangerfield noted the extensive experience she will bring to this role.

“Robina has served on the Baptcare Board since July 2012 and has a deep understanding and commitment to the organisation. She has been a member of Baptcare’s Quality and Clinical Governance committee, Chair of the Policy Committee and holds a number of qualifications including Bachelor of Applied Science and Master of Business Administration.

“She has vast knowledge in the health sector. She is currently the General Manager of the Bundoora campus of Northern Health and has previously served as Director on the Doutta Galla Health Service Board (now Co Health).

“She is also actively involved at Essendon Baptist Church and has served in leadership roles within the church, making her a perfect fit for this position within our organisation.”

“We are thrilled to welcome her to the role of Chair and we look forward to her playing an integral part in Baptcare’s growth moving forward”.

Baptcare thanked retiring Chairman Philip Curtis for his commitment and hard work during his tenure.

“Mr Curtis leaves a legacy of exceptionally wise leadership, governance, vision and stewardship resulting in an organisation with a strong future.”

Mr Curtis will step down from the Baptcare Board and will continue as the Chairman of the Baptcare Affordable Housing Board. 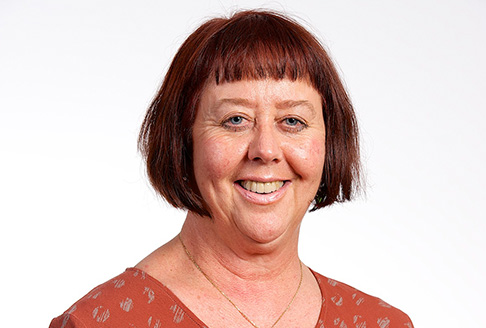 Robina is currently the General Manager of the Bundoora campus of Northern Health. She has served as Director on the Doutta Galla Health Service Board (now Co Health), supporting the merger of five independent community health services into one entity. Robina served in the role of Treasurer, and contributed to the organisation with innovative thinking and a commitment to improving the way services are delivered for patients and staff. She is also actively involved at Essendon Baptist Church and has held a number of positions, including being the current Chair of the Church Council. She has served in leadership roles within the church including in the youth and children’s ministries, the merger committee that resulted in the current Essendon Baptist Community Church, and pastoral search committees.

Baptcare is a purpose driven and faith based organisation working across Victoria and Tasmania, providing care to the community for more than 70 years.