Garry Lock has been serving in ministry for 42 years and with 27 of those as a chaplain at the Australian Defence Force (ADF). Read on for a recount of his incredible and rewarding ministry:

My 15 years in church-based ministry, began in Melton-Bacchus Marsh, then North Balwyn as youth Pastor and Ballarat East as Student Pastor. Following my Ordination we were called to the Mallee Parklands Baptist Church. The time in the Mallee was incredible for Ann and me and our boys, including being part of the team who started the Southern Mallee Cooperative Parish which brought the Baptist and Uniting Churches together, and where I was astonished by the ‘God of the Desert’. Following our time in the Mallee we were called to Surrey Hills Baptist, which we left too soon, but were able to initiate the Surrey Hills Baptist Children’s Centre, which has now grown into an amazing ministry.  We are so appreciative of our time in ministry here in Victoria. 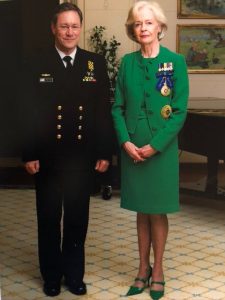 1994 found me in Navy chaplaincy which was adventurous, extremely challenging and, in the initial years, took me so far outside my comfort zone I thought I’d never find my way back. There were also astonishing opportunities for ministry among Navy people who really appreciate having chaplains around and, as you are aware, wherever there are ADF people a chaplain will be close by. That’s at sea, ashore, in conflict zones, times of joy and deepest sadness. 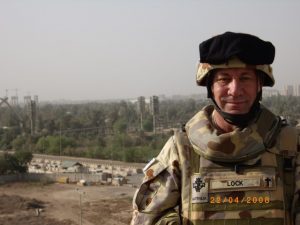 The skills and learning opportunities offered to ADF chaplains are unsurpassed. These range from the initial officer training through to chaplains’ specific training at the Defence Force Chaplains College (DFCC) in Canberra, to advanced leadership and management training. I was very fortunate to have experienced all of these and to have been part of the development of some, including the establishment of the DFCC.

I was also able to attend two senior leadership courses at the US Navy Chaplains School at the USN War College, Newport Rhode Island, to spend time on exchange with the Royal Navy at HMS Sultan, to go on a number of deployments with the Navy, and work in conflict zones in Bougainville and Iraq. Leading the prayers for Anzac Day services in Washington, Galipolli and in Westminster Abby, London were real highlights. 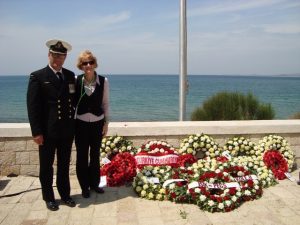 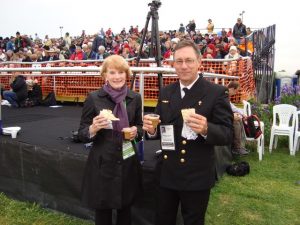 Fun times included helicopter transfers between ships either from deck to deck or winch transfers; boat transfers from ship to ship, underwater helicopter escape training;  very rough seas and very beautiful calm seas; time on board two US Navy carriers and a deck landing and take-off from a US Navy carrier on board a Carry On Delivery (COD) aircraft. I was privileged to work with Army and RAAF colleagues in operational, pastoral and management settings and to join our Protestant ADF chaplains for a retreat each year.

However, the most amazing experience of all that truly changed my life was watching an albatross follow the ship for a few days as I reflected upon Genesis1:1-2, the ‘God of the Deep’.

Close personal friendships with chaplains and other Defence people that are enduring and supportive are a great memory for me. 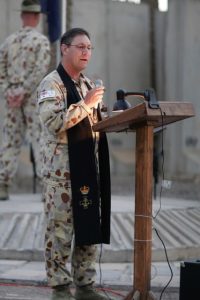 Baghdad Anzac Day 2008 – Green Zone in the Australian base

I was very fortunate to be advanced to Chaplain Division Five as Director General Chaplaincy-Navy, only the third Protestant Chaplain (and second Baptist behind Ken Jervis) in that role, where I worked directly for the Chief of Navy as one of his senior leadership team.  In 2011, I was awarded the Conspicuous Service Cross – a big surprise to me! I left full-time Navy in December 2011 to join the Navy Reserve, and worked as a chaplain at Geelong high School, and completed three short interim ministries.

In 2015 I was appointed to the  Religious Advisory Committee to the Services (RACS) as the Associated Protestant Churches Chaplaincy Board (APCCB) member. The late David Griffiths was in this position and recruited me to Navy.The RACS is now a multi-faith Defence committee with representatives from the Catholic, Anglican, Uniting Church, Presbyterian, Jewish, Sikh, Hindu, Buddhist, Moslem and our own faith groups.Over the last six years RACS has worked hard to introduce multi-faith chaplaincy, working with Navy to introduce non-faith group chaplaincy, called Maritime Spiritual Welfare Officers, and to recruit and ensure women chaplains are well supported by everyone. I’d especially like to thank Rev Katrina Lambert for her significant work as our special advisor for women in ADF chaplaincy. 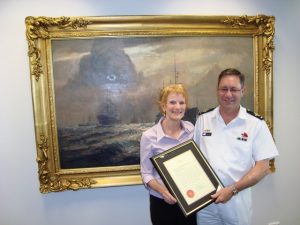 Our APCCB denominations now include the Seventh-day Adventist, Baptist, Churches of Christ, Salvation Army, Lutheran and ACC. Our chaplains increased from 80 to over 100 in the last six years making us the largest group of the 300 or so chaplains in the ADF. There are about 43 or more Baptist chaplains, compared to three, or five if you include the part time chaplains, when I joined.

So, now I come to the end of 42 years in ministry, with a lot of it in Defence. I will contemplate interim ministry when we’ve built our house here at the Community of Transfiguration in Teesdale, which opens up a whole new ministry direction for us.

Ann will continue her quite astonishing ministry as the Director of the WellSpring Centre, and as a spiritual director in her own right. 2020 was a very challenging year for WellSpring as they have transitioned all the courses they teach through the University of Divinity to on-line, and as they have all learned to practice spiritual direction on-line as well. That and the growth in governance and accountability have meant a lot of work. WellSpring has grown and developed this year out of anyone’s expectations. Last Saturday Ann launched the new Wellspring book Companioning at the Edges: Exploring New Dimensions of Spiritual Direction in Australia.

Ann and I are blessed indeed by our ministries and so thankful for the way we have been called by God’s grace to Baptist ministry with the BUV through all our life together. 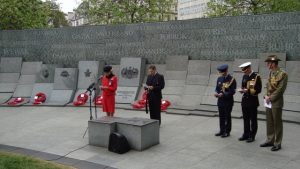 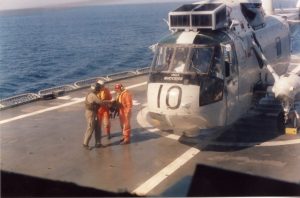 John Simpson and the late David Griffiths just disembarked from Shark 10 on the deck of HMAS Success, just off the heads of Port Philip Bay so they could join us for the trip in to Geelong – 1998 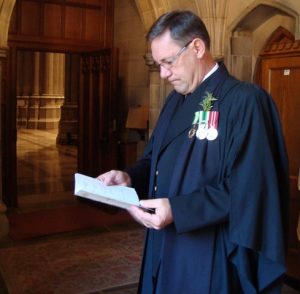 At the Washington Cathedral – ANZAC Day 2009 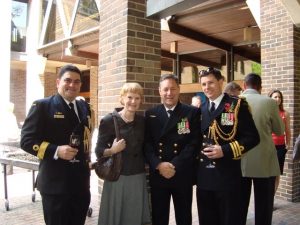 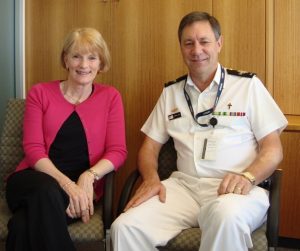 Ann and I in my Canberra office