It doesn’t take more than a glance at recent headlines to see that the entertainment industry is in crisis. Globally, we have seen the appalling abuse of power revealed via countless allegations of sexual misconduct. Here in Australia, although not as highly publicised, I have been witnessing many others within the industry courageously speaking up and pressing charges, or standing alongside those who are finally drawing a line in the sand and declaring no more. 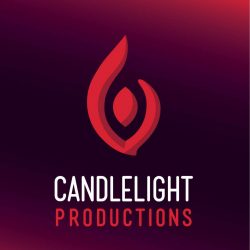 Yet, the average Australian does not realise that for those in the industry this sexual abuse and blackmail only scratches the surface of the mistreatment that is rife throughout. Intimidation, exploitation, slander, financial extortion and utterly miserable working conditions are part of the daily grind for those trying to eke out a living in showbiz. It’s for these exact reasons the Melbourne-based not-for-profit organisation Candlelight Productions was established in 2008 with a specific mission; to bring salt and light to these dark and damp places.

Since its inception, the core team at CP has worked tirelessly to produce art of excellence, but with the focus on treating their artists and production teams with grace, generosity and compassion.

“Candlelight Productions is a theatre company that works towards creating a better future in the arts and through the arts,” CP spokesperson Kane Lach explains. “It is filled with Christians and the person of Jesus deeply impacts the way we engage with the work and the kind of work we commit to.”

But, how exactly does an organisation go about instigating this change in an industry renowned for its high-pressure environment and vulnerability of its workers?

“We take risks on people, giving them opportunities they otherwise may not have received, offering both support and accountability to see them rise to the challenge,” Lach replies. “We edify and encourage rather than bully and destroy, because we believe a person’s worth is not determined by what they can produce, but instead what they can produce was gifted to them from birth. It is our responsibility to nurture and grow that and to see an individual’s God-given creativity come to life.” 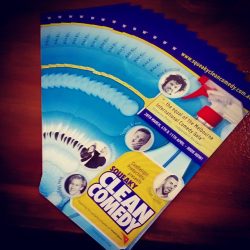 In 2011, CP made a bold move to demonstrate this ethos in one of the world’s most notoriously rough industries; live comedy. That year they produced the inaugural Squeaky Clean Comedy Gala at the Melbourne International Comedy Festival with a view to demonstrate to both artists and patrons alike that it was indeed possible to be funny whilst highlighting what is good, true and beautiful; a far cry from the smut, racism and sexism that can be so prevalent in the live comedy scene.

In its inaugural year the gala was the only exclusively clean comedy act billed out of nearly 500 shows at the MICF. Since then, the gala has grown into a true MICF staple, gaining standing with both audiences and reviewers.

“Squeaky Clean Comedy gave me the laughs but I left without feeling the weight of laughing at something that may have been highly offensive to someone else,” writes reviewer Amy Marks. “…it wasn’t just squeaky clean comedy. It was genuine, clever, comedy. I had a smile on my face the whole time.”

Similarly, artists who have been working with the CP team have also been noticing a difference.

“An artist’s peace of mind is a top priority for Candlelight and it really shows in the instant warmth and empathy the whole team shower you with as soon as you walk into the venue,” says comedian Mark Trenwith. “They totally don’t hold back on the backstage snacks either and that’s always appreciated!”

While enthusiasm for their important work at the MICF exudes from the CP team, it is clear there is an underlying sense of urgency to continue their work in supporting and caring for artists and industry workers. This sober focus stems from concern over a report released by Victoria University in 2016, which found Australian entertainment industry workers were almost twelve times more likely to experience moderate to severe anxiety, and five times more likely to experience severe depression than other Australians.

The report, Working in the Australian Entertainment Industry, also found entertainment workers were twice as likely to attempt suicide compared to the general population.

“These statistics deeply concern the team at Candlelight Productions, even though we have felt the reality of the situation for some time,” Lach says. “We already know that generally speaking, the treatment of workers in the industry can be horrific. So it’s not really surprising that the rate of serious mental health issues is so high, although it is no less devastating. That’s why we’re stoked to support beyondblue through the Squeaky Clean Comedy Roadshow, and to continue the conversation with both our artists and patrons about mental health.”

beyondblue is a not-for-profit organisation that provides information and support to everyone in Australia so they can achieve their best possible mental health – including those within the Entertainment Industry.

“It simply goes hand-in-hand with everything that Candlelight is about,” Lach says. “We want to serve people well, and part of that is connecting them with the resources to help them look after themselves.”

The Australian Entertainment Industry is indeed in crisis. We will no doubt see the continuation and fall-out of the more high-profile allegations and assault cases throughout the media in the coming months. But as the highly-polished façade of the entertainment world begins peeling away one layer at a time, I pray it will not be long before the true damage of an industry that has existed largely without edification, encouragement and financial stability will be brought to light. It is an industry that is desperately in need of Christ-like compassion, and this compassion begins with each of us being the salt and light we are called to be.