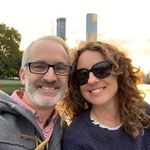 Kylie Butler from New Peninsula Baptist arrived home from South Africa two weeks ago to a Federal Government imposed quarantine at home. She had sought out an earlier flight home, sensing that things were escalating. But the climate into which she arrived was unexpected. “Once I landed, everything started to go haywire.” On the flight from Sydney to Melbourne, Kylie created a neighbourhood WhatsApp group, in a bid to support one another in whatever the future would hold.

Once home, and in self-quarantine with her family, Kylie wrote letters and organised their distribution to the street’s houses through a neighbour. The letter invited everyone to join the Street Support WhatsApp group and gave instructions on how to download the app and join the group. She encouraged people to call if they needed help getting it set up. 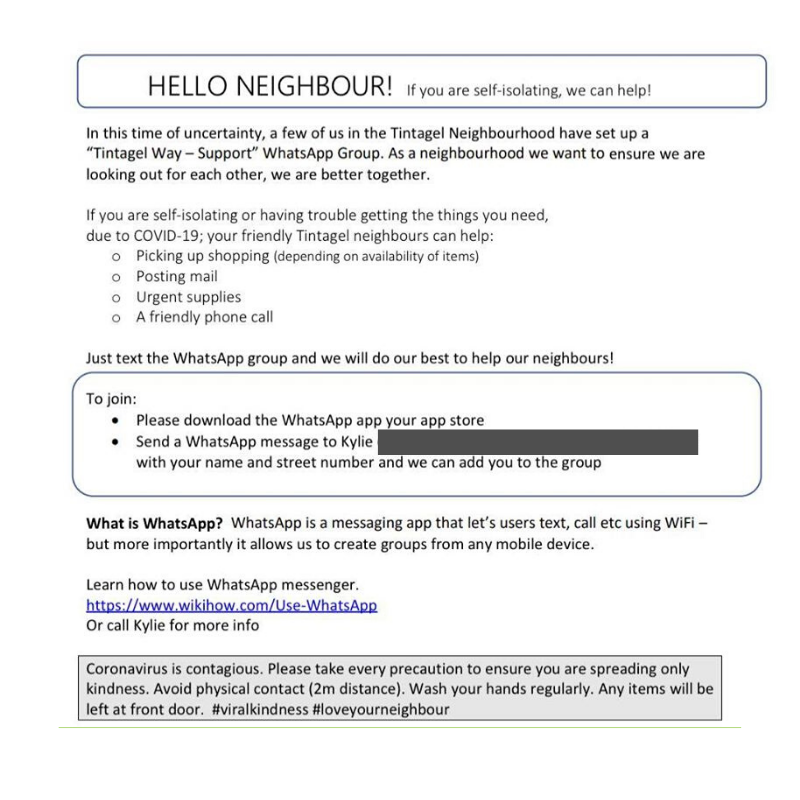 To date there are 16 people in the group, with four new connections to Kylie and her family. One new connection is a delivery driver who shared that he didn’t have any hand sanitiser (which was needed for him to do his work). Another neighbour responded that she had two bottles and dropped them off. Excess rhubarb has been shared from a garden, others are taking requests when they head to the shops on behalf of the street.

Through the group, it has become evident that three people lost their jobs last week and another neighbour is new to the street.  One neighbour has a nine day old baby. All of them are connected. Some neighbours have even joined one another for drinks from their own driveways (with the width of the street providing the physical distancing). “We would never have had this connection before,” says Kylie – an almost incongruous comment from someone still completing two weeks of quarantine. “Community is starting to happen. Even the grumpiest man in the street requested to join the group!”