Three years ago, Jono Ingram from the BUV’s Catalyst Team, had an idea to create a social enterprise now known as Eat Grow Garden. Having initially noticed that in Aintree’s growing neighbourhood, all the parks were family-oriented and mostly aimed at those under twelve years-old, there was a lack of infrastructure and support for the young adults whose numbers also continued to grow.

Thinking proactively for the long-term, Jono wanted to build connections and engage with the young people in the area who were trying to navigate a neighbourhood that didn’t have a lot going on for them. Having collected stories through the conversations he’s had with people working in the homeless sector, Jono found that most young people who were disengaged from their communities often found themselves on the streets and, in turn, without employment.

This was the catalyst for launching Eat Grow Garden, an employment strategy and enterprise that focuses on employing young people as well as life training as part of their employment contract.

The enterprise first started as residential garden maintenance with a focus on building vegetable gardens as part of Jono and the team’s commitment to tackling climate change and caring for creation. It was also a means for them to teach people how to grow food at home, in community centres, child centres and schools.

Aintree Public School was a key space and place in the neighbourhood for the Eat Grow Garden initiative given that it is the only public school in the growing community. The school gives the enterprise, and therefore the young people, steady and solid work in a very supportive environment that understands the needs of young people, which is quite unlike residential work that often is quite stressful and pressure-oriented.

One of the great things about Eat Grow Garden from a kingdom perspective is the opportunity to be a huge witness to the lives of young people by giving them multiple shots over and over again. 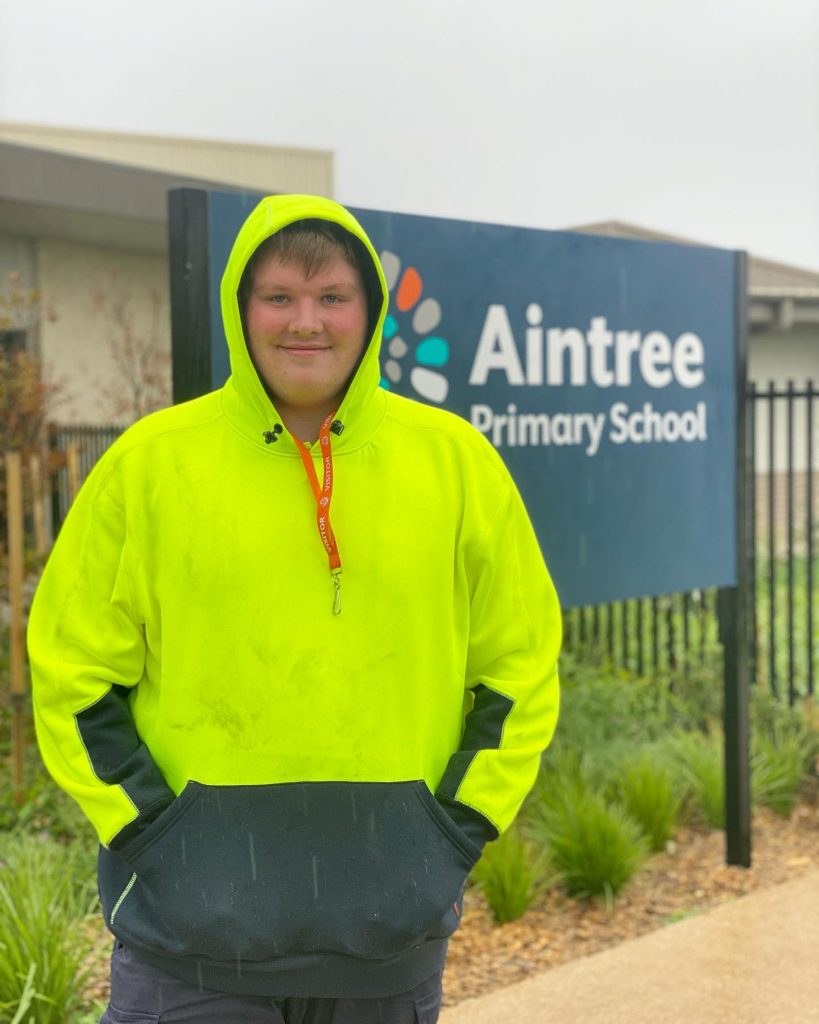 Lachy [pictured above] is part of one of Eat Grow Garden’s amazing maintenance teams. Lachy is grateful and super excited for the opportunity to work alongside a supportive team.

Jono wants to encourage and challenge everyone to work with what they have to make an impact in other people’s lives:

“Look at what you’re already doing or what they’re already good at and try and imagine the ways that they could use those gifts and those opportunities to really tap in with what God’s doing them.”