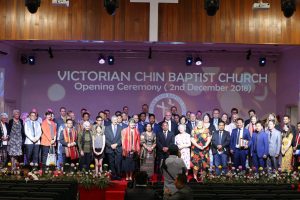 The Victorian Chin Baptist Church (VCBC) was established on 23rd March 2003 by 13 Chin refugees with the support of Rev Darrell McKerlie at Mooroolbark Baptist Church. Today VCBC is the largest non-English-speaking church in the Baptist Union of Victoria.

Chin people are persecuted for their faith in their mother-land of Myanmar and often flee to either Malaysia or India seeking refugee status. Consequently, most of the VCBC members have arrived in Australia on refugee visas.

By the Grace of God and the welcome of the Australian Government they have become a larger community year by year. “Our faith is central to our lives and we dream of building a home and place to worship here as part of Christian Community”, Rev Japheth Lian said.

Initially they had Sunday afternoon services at Mooroolbark Baptist Church but as their numbers and ministry grew they used neighbouring churches and schools as well for extra services and events. Over the years, they looked at 11 different properties in Croydon, Kilsyth, Mt Evelyn, Lilydale and Mooroolbark. Initially, VCBC purchased a 4 acre property in Chirnside Park, but then had to sell it when they could not gain council permission to build.

In 2014 a 4.5 acre vacant property became available in Croydon, which they were able to purchase with the help of a loan from BFS. This was a suitable site as it was accessible by public transport and was central to their congregation who come from surrounding suburbs. They applied for and were granted a permit to build as ‘Owner Builders’.

VCBC received a further loan from Baptist Financial Services (BFS) and Jeremy Peet, BFS Victoria and Tasmania Relationship Manager, partnered with the church on their journey from the initial project idea stage until its fulfilment. Rev Japheth explains, retired Baptist Minister Rev John Billingham was their Site Manager. “He brings the building project management skills needed, as well as a deep understanding of the functionality and heart needed for such a project.”

The construction stage has taken more than 2 years with volunteer labour arranged wherever possible, and regular working bees with people contributing their skills and resources. VCBC finally received their Certificate of Occupancy on 16th July 2018 – The first Chin Baptist Church in Australia!

On Sunday 2nd December 2018, VCBC celebrated the building’s opening ceremony with over 1,500 Chin church representatives from around the country coming together to share stories and praise God for his provision.

Jeremy Peet, BFS Vic / Tas Relationship Manager reflects: “VCBC are a strong and growing church community. It was so disappointing when their plans for the first building failed to proceed because the council wouldn’t give a permit, and they had to sell it. They have had to be so patient. God, as always, has been good to lead them to this great new site. John’s (Billingham) direction, assistance and contribution has been invaluable! The Owner Builder nature of construction has allowed them to not only construct this huge worship and ministry centre, but has allowed a massive volunteer contribution with the side benefit of practical skills gained by the 20 or so members that were involved on a daily basis. And their financial generosity and fundraising is a constant inspiration to me. It’s a privilege to be a small part of this great endeavour.” 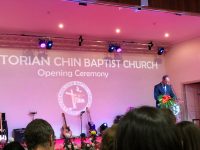 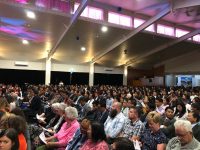 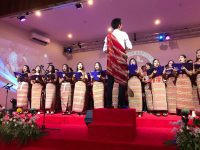 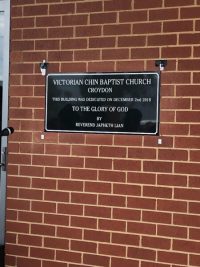