At eight years old, I realised that—even if I started that very moment—I wouldnever be able to reach every person in the whole world with the love and grace ofJesus. This was devastating to my young self because I earnestly desired thatother people would know what I knew, experience what I had experienced, and love the Jesus I loved. What started as an urgent spark in an eight year-old’s heart grew into a passionate flame to see others encounter the transforming, life-altering power of Jesus.

Fast forward almost twenty years. I was studying theology, working at a church, and raising my young son. I’d long ago accepted my calling and was pursuing that spark from my childhood into pastoral ministry. With vigour and confidence, I began the formal process to become an ordained pastor. I knew myself. I knew what I was made for. I had purpose and passion—and naivety!

Yes, I knew that, somewhere-out-there, there were people who didn’t affirm the ministry of women but I hadn’t yet encountered them. I grew up in the Church of Christ denomination and began going to youth group as a teenager at the Baptist church that I would later attend as an adult. There, I saw females leading in all aspects of church life. I saw women as pastors, ministry leaders, and denominational leaders.

I’d been married for five or six years to a wonderful man. We were partners in all aspects of life, from parenting and home duties to ministry. I worked as a youth pastor in a small church in a socially and economically marginalized community in the northwest of Melbourne, Australia. My ministry colleague was a wonderful male senior pastor who encouraged me, empowered me, and affirmed my gifts for ministry. We ministered side by side. It was because of his encouragement and affirmation that I began to consider ordination.

Until I began to pursue ordination, I knew what I thought about women in ministry, but I’d rarely had to defend it. As I got deeper into my ordination studies and more involved in the broader life of my denomination, my eyes were opened to subtle bias against women in ministry and sometimes overt objection to it. I was genuinely caught by surprise. It’s like I’d been walking around with blinkers on, until someone came along and removed them without warning. All of the sudden, I could see hostility that I couldn’t see before.

I noticed how easily people made assumptions about me. Out at denominational events, I must be my colleague’s wife—simply because I was there and female. I must be a volunteer in the church because I was obviously too young and inexperienced to be a leader. I must be the children’s pastor because I’m a mother. I watched incredibly gifted and experienced female ministry colleagues at college be overlooked for sole or senior pastor roles in churches while young and inexperienced men were welcomed into dynamic pastoral roles.

I was consistently stereotyped by my congregations even when I took a new position or changed churches. Statements like “Oh good, you’re here; you’ll know where the tea towels are” were the least of my troubles. My arrival at a new church meant that several men would decide to leave the church and some members only wanted to attend services when I wasn’t preaching.

At first, I tried to ignore the issues. I didn’t want to seem bitter. I ignored because I didn’t want to be stereotyped as an angry woman—overly-sensitive and emotional. But with each question asked, each assumption made, and each expression of surprise on someone’s face when I explain that I’m a pastor, I was slowly being worn down.

Sometimes, I wondered whether there was something wrong with me. People are so surprised by my existence that I began to wonder if was not doing it right. I know I don’t look like a pastor to them. I thought to myself: Perhaps if I yell more in my preaching or dress differently people will start to see me, or I will finally fit their image of what a pastor should be. Or maybe ministry is not for me, because I certainly don’t look like most other pastors at our denomination’s annual “pastor days.”

And yet, I knew deep-down-inside—unequivocally and unreservedly—that I’m called by God to minister in Jesus’ name.

Something shifted. Not a change in my circumstances or in others’ opinions of me but within me. I began to reach out—to mentors and ministry friends to ask them about their experiences, to gain insight into what inspired them and kept them going.

One of my lecturers at college was the first female to be ordained in the Baptist Church in Australia. I asked her about her experiences: How did she keep going in the face of opposition over many years in ministry?

I don’t think I’ll ever forget her response. It was both nothing and everything. She told me that having many older experienced women around her who encouraged her and affirmed her gifts made a huge difference.

As I looked back on my own life, I could see the importance of such trailblazing women. I had grandmothers who broke the mould by working at a time when mums and married women didn’t work or pursue professional careers. In the churches and denomination in which I grew up, I regularly saw women pastor and minister in all areas of church life. I’d worked alongside fabulous women who affirmed, mentored, influenced, and modelled ministry for me.

It was clear that, throughout my entire life, God had been nurturing me to enter the very place I was in! My ministry was possible because God was at work, sending women to support and empower me. The Jesus that I was passionate about was also passionate about me freely using my gifts!

I praise you because I am fearfully and wonderfully made; your works are wonderful, I know that full well. My frame was not hidden from you when I was made in the secretplace, when I was woven together in the depths of the earth (Psalm 139:14-15).

A powerful book called Emboldened by pastor Tara Beth Leach also helped me own my pastoral calling. A prayerful, discerning friend recommended it to me and I devoured it eagerly.

For the first time, I saw a woman preacher in the pages of a book who was just like me. She was my age. She was a mum like me, and a pastor in her own right. Leading and shepherding, preaching and teaching—she was truly doing it all.
For the first time, I realised that I could be a pastor in my own right, just as I am. I didn’t need to be a little bit more masculine, or a little bit more feminine, or a bit less opinionated, or gentler, or louder, or more apostolic or less—or anything other than exactly who God created me to be.

It was healing to read about a woman in a similar life stage to me and facing similar struggles, but who had owned her calling and giftings so uncompromisingly. It was a lightbulb moment: I didn’t need to choose between bitterness and ignoring the bias I encountered.

I could just be me. I could embrace my gifts and talents, my voice, my failings and insecurities, my opinions, my humour, my personality. I wasn’t a lesser pastor because I didn’t look or sound like other pastors, who were usually men.

“Let us throw off everything that hinders and the sin that so easily entangles. And let us run with perseverance the race marked out for us” (Heb.12:1).

God doesn’t want me to hide my womanhood or be a second-class member of the church. God wants me to be the person I was born to become: a pastor using her gifts freely to bring people to Jesus. It seemed so obvious, but it was a truth that reached deep into my spirit for the first time.

Now, instead of pretending that bias against female pastors isn’t there, I’m able to recognise it and progress despite those who oppose me. I’m refusing to hide my who I am. I’m declaring it boldly—not just for me, but for other women too.

God gave me a heart for the disenfranchised and disempowered in our communities. Finding and using my own voice has helped me to become a better champion for other women. Now, each time I speak, I try to use the opportunity to break down stereotypes and speak up for others.

My passion for Jesus, and for emboldening other women on their journey with Jesus, has only grown since my eight-year-old-self first sensed a call from God to minister. Sometimes being a woman pastor is hard and lonely, discouraging and tiring. Still, I’m comforted by the knowledge that God champions me and so do the women God has put alongside me. Now it’s my job to own my ministry call and urge the women around me to do the same. 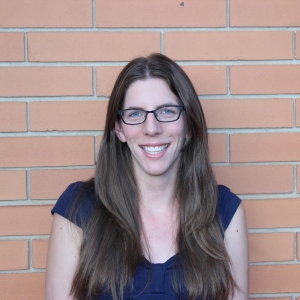