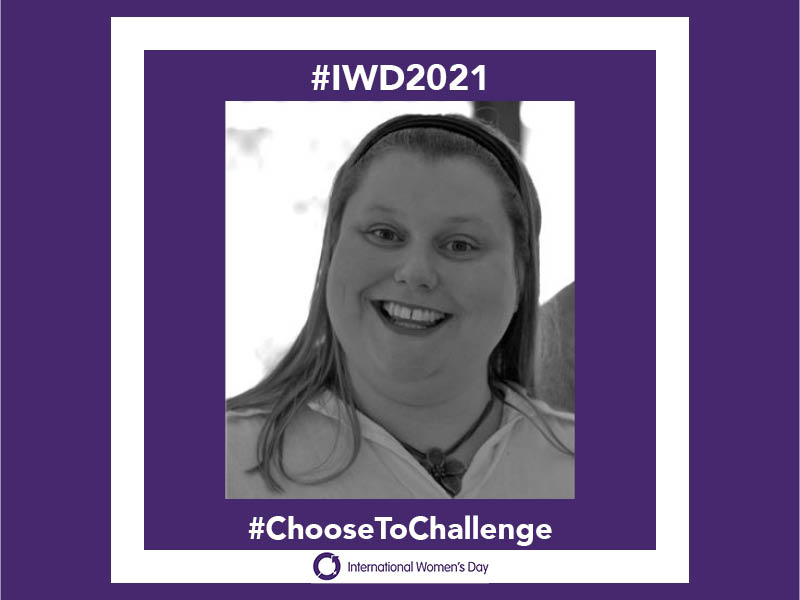 International Women’s Day (March 8) is a global day celebrating the social, economic, cultural, and political achievements of women. The day also marks a call to action for accelerating women’s equality. This year’s theme is #ChooseToChallenge and we’ve invited women leaders here at the BUV to share with you their thoughts about choosing to challenge the status quo to create change.

“You’re too young to be doing this!”

That’s awkward. My age is usually underestimated by more than a decade. People are surprised to find that I’ve been the Senior/Sole Pastor of Armadale Baptist Church for eleven years now and was in ministry for ten years before that. Armadale is a contemporary, micro-church that meets in a heritage-listed building, but I’ve also ministered in mega-churches, a church plant, and chaplaincy roles in a school and residential college. Sometimes people get fooled into thinking there’s a defined career path in ministry, but most women intuit this isn’t going to be the case for them. The assumption that we all start out as a youth pastor and then slowly move “up” to become a senior pastor of a small-scale, and then a large-scale church isn’t realistic when churches still won’t hire a female associate, let alone a senior pastor.

The ”career path” is a myth, and incidentally, not on Jesus’ agenda, either. Being a pastor means obedience to God’s call, no matter what it is. When God gives you the chance to serve, status is irrelevant. You do what God calls you to do.

The greatest challenge I find is a lack of precedent. I don’t mind creating new ways and expressions, but the fact that me even standing up in front of some groups is still a radical act, means that we can’t get on with the core business that God has on the agenda. For Armadale, their initial block was a failure of imagination. But the minute I preached as a guest, they realised that a woman leading them can actually work—and the rest is history.

Even in the secular world, it’s difficult for people to digest my role as a pastor unless I introduce myself as the Vicar of Dibley! It’s hard work always being perceived as a “novelty”, but nonetheless, I am proud and honoured to serve where God has called me.

People wouldn’t guess this but I’m pretty shy when it comes to new people, mainly because I’m not sure whether I need to justify my being a pastor to them or not. Sometimes gatherings with other Baptists requires my explaining that my husband isn’t a pastor, that I’m not an associate, that I’m not new to pastoring and that I am the head pastor. It’s weird that even after 21 years of ministry (most of them as an ordained minister), I still end up explaining why I belong in a pastor’s gathering.

Being a woman pastor means finding plenty of opposition along the way and sometimes, that does require exercising certain grace and forgiveness. But throughout this ordeal, an important lesson I’ve learnt is to always, and I mean always have your focus on God.

When people focus on us, whether that’s seeing us positively or negatively, our mission is derailed. God is always at work and achieving so much through us. The Holy Spirit uplifts and equips all women, and those who are called in pastoral leadership and ministry shouldn’t ever fear for His grace is always enough. In the same way, I’ve learnt that I mustn’t pass on the judgment I’ve received about who is qualified to serve either. God can use anyone, and there are glorious surprises when we give “unlikely” people the opportunity to do so.

Baptist women pastors need no advice from me. They are incredibly wise and strong people. What we all need are networks. The majority of women pastors in the Baptist community are in solo positions and if 2020 has taught us anything, it’s that isolation is soul-crushing. Women need good friendships and support systems from both men and women Baptists who embrace their unique calling without treating it as a novelty. The magic words for any woman pastor to hear are: “You belong.”