Baptist Union of Victoria > Good News Stories > International Women’s Day – Words are powerful: let’s use them to better the balance and better the world 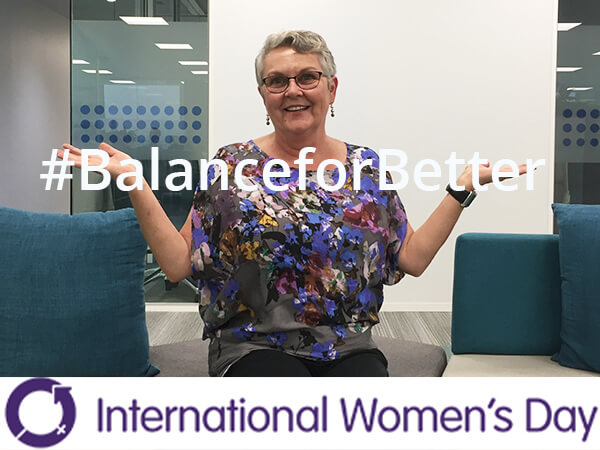 The International Women’s Day is celebrated around the world on 8th of March and is a day to reflect on how far we have come and how far we still have to go to truly achieve gender equality. This year’s theme is #BalanceforBetter and we’ve invited women leaders here at the BUV to share with you their thoughts to better the balance and better the world.

Week 3: Words are powerful: let’s use them to better the balance and better the world
By Debbie Campbell
Head of Ordination

I often listen to ABC Radio National when I’m driving in the car. Last week I tuned into Paul Barclay’s ‘Big Ideas’ program – the session was entitled “Macho politics and women’s rights”. The program discussion highlighted how tough-guy politicians, from Russia to South America, use sexual language to undermine their female opponents and champion a return to traditional gender roles.

Comments from Dr Nicole Curato, Senior Research Fellow, University of Canberra, caught my attention. She drew attention to the casual misogynist and sexist language of some male world leaders. The word ‘casual’ particularly struck a chord with me. While deplorable, much of this ‘casual’ language is used in such a way that it assumes a high level of acceptance or at least tolerance from those who hear it. These leaders do not expect to be “called out” on their language.

When it to comes to sexist language and comments, this can be a characteristic of Australian society and even of our Christian church culture.

One of the most belittling experiences of my adult life came as the result of a mature male Christian minister taking a verbal swipe at me during a Christian Religious Education training session. I was the person facilitating the training – up the front and in the middle of my presentation. He was one of the people participating in the training. His comments were made very loudly for all to hear. They were sexist and couched as a joke. I was left momentarily speechless, and later confused that perhaps I had misheard him. At the time, I wondered if anyone had really noticed what he had actually said; certainly no one objected, not even me. Publicly, I pretended that it was of no consequence but it was.

Certainly sexist language can be used overtly as a weapon but it can also be used thoughtlessly or unconsciously in a way that excludes women. Referring to humanity as ‘mankind’, to Christian love as ‘brotherly love’; or using other male specific words or pronouns when referring to groups of people that include both genders, can signal – consciously or unconsciously – that the male gender is the normative and preferred gender. I grew up thinking of God as male because, in my experience, God was always referred to as ‘He’. How wonderful it was to discover and explore, later in my Christian life, the rich treasure of female imagery in the Scriptures used to describe God (e.g. Gen. 1:27; Isaiah 49:15; 66:13; Matt 23:37), and how wonderful to have my understanding and experience of God deepened and enriched by this female imagery. Moreover, how important it was to be reminded that human gender categories can never define or contain God – they are simply metaphors used in our attempts to describe the nature of God.

I am very privileged to be able to journey with those individuals within our Baptist family of churches who are called to the ministry of ordained pastoral leadership. Including discernment candidates, 33% of our ordination candidates are women. I look forward to the day when 50% will be women. The calling of these women and men is to servant leadership: to lead and nurture faith communities where, through words and actions, all people are welcomed into full participation in the life of the church. One way we can do this is to speak up and use our words to affirm and celebrate God’s call of women into pastoral leadership.