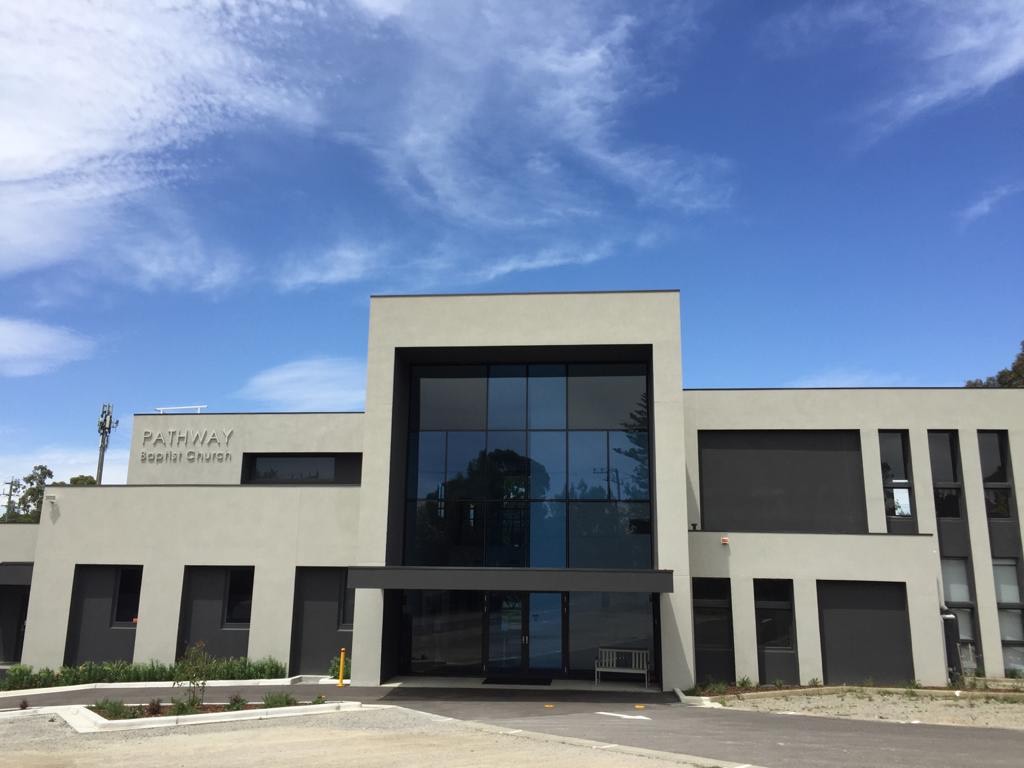 “The church will outlive all of us. Long after we die, the church will continue to the next generation. It is something wonderful… to let it continue…to set it in place now.”

The newly renovated Pathway Baptist Church building stands tall and proud on Marcus Road in Lower Templestowe, Victoria. No matter the daily weather changes in the state, whether it’s a high and bright sunny day or an overcast sky of grey and rain, the newly renovated church is an unmistakeable testament of God’s favour and blessing over a community of faithful and generous followers of Christ.

Despite these differences, however, the formation of the two churches was more than welcomed by everyone, and together, they explored the possibility of fostering a new identity for both communities beginning with the building and renovation of the property that housed their weekly services.

As we know, the process of building a church is costly. For Pathway, the original quotation, which didn’t even include the renovation of the main sanctuary hall was priced at $2.4million (and an eventual total of $2.9million)— a mammoth challenge for a congregation with only 200 people.

During Senior Pastor Glenn Koh’s early morning prayer walks, God provided him with a mathematical formula that not only broke down the costs into manageable segments, but allowed the faithfulness and generosity of God’s people to truly shine through.

Funds begin to flow in and people began to see the changes come to pass, and soon, even the $600,000 loan that they initially took out to supplement the pledges was eventually paid out in full! Now, Pathway Baptist Church is completely debt-free.

Pastor Koh says that the main driving force for the church’s generous giving is “investing in eternity.”   It was never about just about having a building for the sake of renovating an old one, it was about planting a tangible place for the people of God to come together in worship, in fellowship, and to be a light to the community.  “People want to play a part.  [They] want to build a church and renovate a church for our future generation.”

Pastor Koh says that the amalgamation of both churches, the building and renovations, and the rebranding under the name Pathway, reflects the kind of unity and togetherness that the church is meant to be, and he both encourages and challenges God’s people to think eternally while taking action in the present.

Pathway Baptist Church has had a presence, and has served God, in the Bulleen and Templestowe Lower region for over 50 years. They are a multicultural and multigenerational church that has undergone significant change in recent years as they’ve sought to follow God’s leading, and position ourselves for effective ministry in the local area into the future. Learn more about them and their story here.