Thirteen months ago, the congregation of Newport Baptist Church, led by Pastor Julie Hunt, warmly welcomed into their church membership, a group of Slovakian Baptists (8 in total). Newport was to become their new church community after their previous church, Kingsville Baptist Church, made the courageous and difficult decision to permanently close for viability reasons. Kingsville’s journey to closure was lengthy and not without grief and sense of loss, however ultimately there was a recognition from the remaining members that the decision and time to close was right. 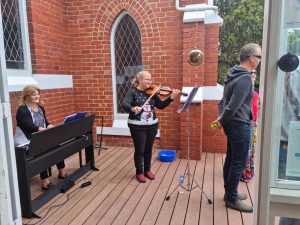 As the end approached, just the Slovakian group remained, and they were keen to find a new church home. BUV Regional Pastor, Chris Barnden, had begun a conversation with Julie Hunt about the possibility of the Slovakians joining Newport given the geographical proximity. Chris connected Julie with key leaders of the group – their pastor Samuel Sjanta, Tabyta Djuga, and her mother, Anna. This initial connection evolved into a gentle and organic relationship between Julie and Tabyta as Julie provided pastoral care and a listening ear without any expectations of the Slovakians necessarily coming to Newport. Julie helped Tabitha transition through the grief, the relief and the letting go. Right from the beginning of exploring the possibilities however, there was a sense of God being very much in the conversations. When Pastor Samuel met Julie and toured the Newport facilities, he said that it was the place he had been praying about where his people could continue to meet. 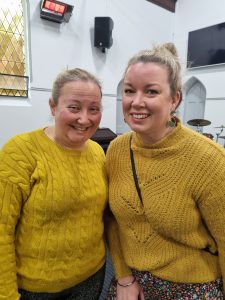 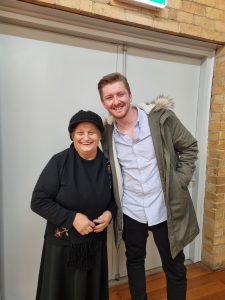 “They have been a blessing on so many different levels for us,” Julie reflects.

Newport is already a multicultural church with several people groups but having the Slovakians join has prompted them to embrace multiculturalism in more practical ways. Examples of this are regular bible readings during Sunday worship in the different languages represented, including a hymn in the music each Sunday as these are songs well known to the Slovakians, and enjoying regular Slovakian morning teas.

Two of the Slovakian women have added their musical talents into the church’s worship team, providing a much longed for keyboard player and worship leader. In addition, Tabyta is now part of the church leadership team, providing a conduit to the Slovakians. Like many churches in recent times, Newport has experienced a drop in attendance due to COVID, and so having 8 new members who place a high priority on church engagement, service and contribution has been a definite positive. 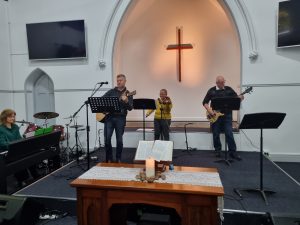 Julie loves that the church has offered such an open and generous welcome to a new group of people. Although the integration is not without its challenges, Julie feels they are already at a point of “us” rather than “the Slovakians and us”. “It has been a God thing for the church and a beautiful blessing” she says.

Recently, Chris Barnden caught up with Tabyta and Anna who spoke of the blessing it has been to them and their group to be so warmly welcomed into Newport Baptist Church. They went on to express their appreciation to the BUV (in particular Chris Barnden and Christine Wanstall – BUV Church Health Consultant) for the support and guidance received in the difficult decision of closure and transition. Julie Hunt also adds her gratitude for the assistance and wisdom of Chris and Christine.

All parties agree that God’s kindness and grace have been very evident in this outcome of a new beginning emerging out of an ending. To God be all the glory!