Earthen Vessels Church (EVC) is a bilingual church, conducting services in both English and Vietnamese. EVC has been serving the community since 1981. Originally located in Kew and known as Vietnamese Kew Baptist Church, the church was formed when international students began arriving from Vietnam some of them attending church and soon becoming converts. These international students, who were new to the faith, became bold witnesses of the gospel to their friends and family which, in turn, made the church grow in number. 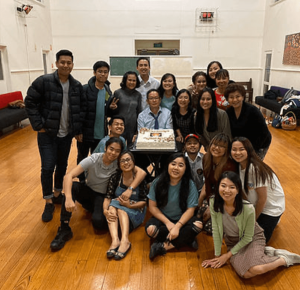 From early 2021, the church relocated to the eastern central suburb of Box Hill where the congregation has continued to grow and culturally diversify with Vietnamese, Chinese and Caucasian Australian members now in attendance. Soon after, to reflect this change, they dropped the name Vietnamese Kew Baptist Church and became officially known as Earthen Vessels Church.

The name “Earthen Vessels” is inspired by the writings found in Isaiah 64:8 and 2 Corinthians 4:7 where it says, “But now, O Lord, you are our Father, we are the clay and you are our potter, we are all the work of your hand”, “ But we have this treasure in earthen vessels, that the excellence of the power may be of God and not of us”.

Senior Pastor of Earthern Vessels, Khoi Doan, understands that there can be difficulties that arise from cultural barriers across generations, but, thanks to a God given revelation about being together on mission, he has witnessed the joy that comes from a unified church, with both younger and older generations sharing in a single mission and purpose. 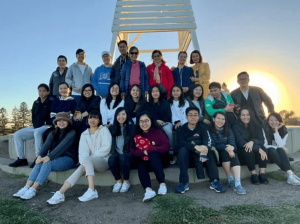 In 2013, international students from Vietnam formed a branch of the church’s community engagement ministry through the founding of a non-profit organisation that was dedicated to raise funds and to send volunteers to Vietnam to partner with the local churches to help communities build houses and churches and provide food, clothing and medical care to vulnerable people.

The two generations worked together (and still do!) to form that one, unified, mission-minded body.

While the older generation contributed in the background through organising fundraising events and activities and providing food, drinks and hosting and facilitating as needed during the planning stages, the young people were the hands and feet of the ministry.

They went out into the field by travelling to Vietnam every other year as part of the program (until last year because of the pandemic) where they continued to make a difference to the local communities. Now, this ministry has grown even more with funds being raised to double the amount which have been distributed not only to their Vietnamese partners but also locally to Victorians in need.(i.e. the bushfires).

God has connected these two generations together by utilising the unique abilities, gifts and talents of each to serve one another and accomplish the mission that God has appointed to them.