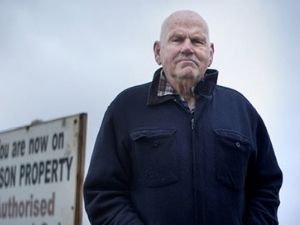 Nevil Knell, founding member of Point Cook Community Baptist Church was awarded the Order of Australia Medal in the 2021 Queen’s Birthday Honours, for his 28 years of service as a volunteer visiting with prisoners through Prison Fellowship.

Nevil commenced his voluntary work with Prison Fellowship in 1988. During his time there, Nevil has visited inmates in every male prison in Victoria and has formed friendships with many of them where they chatted about anything from the footy to the weather. And when given the opportunity, Nevil would share the Good News of the Gospel through which saw some prisoners came to faith in Jesus!

Since officially retiring from his voluntary role with Prison Fellowship in 2016, Nevil has continued his friendship with a handful of prisoners. A number of ex-prisoners have also kept in touch with Nevil after their release and he has been blessed with being able to witness their baptism in person.

Nevil is quoted in The Age newspaper saying, “I can give the prisoners a listening ear, friendship, and the possibility, on release, of continuing to support them, if they want to.  I offer a helping hand, and, in doing so, I’m trying to express what the Bible talks about: showing love to your neighbour, love your neighbour as yourself.”

Pastor David from Point Cook Community Baptist Church congratulates Nevil on receiving this award: “Nevil is an inspiration to us, an example of Christ’s love, and a well deserving recipient of the medal.  All the glory and thanks to God.”

For more info from newspaper articles:
Article by The Age
Article by Wyndham Star Newspaper