Two and half years ago, the Baptist Union of Victoria risked supporting a holy discontent that had laid unabated within me to establish a new faith presence and community within my locale in Carlton. At the same time, the Mission Catalyst Team were challenging our union to send out 72 pioneers to establish unique and distinctive new expressions of faith. 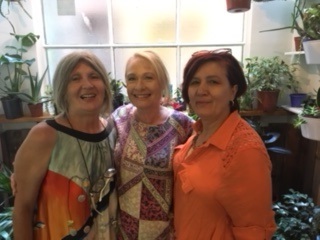 The seeding grant of two days per week for two years from the BUV enabled both my husband Warren and I to commence a small disparate group of believers to meet in our even smaller home in Carlton. Some were disaffected Christians who had come from elsewhere and thought the idea of house church would be what they were seeking. Although we experienced a great sense of community at the time, it was improbable to continue when only a few of us were local. After a year it fell apart but we have retained four intrepid members who continue with Rise.

It’s actually ten years since we felt the Spirit’s call to Carlton to plant a faith community – and like so many that have gone before us, Warren and I are able to say that our Lord is faithful in spite of the many challenges, setbacks and grace-filled opportunities that have presented themselves these past years. 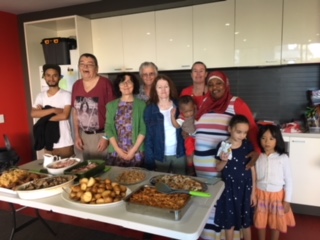 After our initial trial at house church, a stint at cafe church, rejections from Melbourne City Council for hiring local spaces for a faith gathering, rejections from the two primary schools for voluntary chaplaincy, I started to ask, “ Where did God want this freelancing missionary to establish a permanent presence”?

Carlton has three distinct demographics. An upwardly professional group (mainly young with an increasingly mature demographic like ourselves) and who comprise the majority of our neighbours. A large student population (with three universities on our doorstep), and the largest social/government housing demographic for an inner urban suburb in Melbourne. There are major churches in Carlton particularly focused on the student population and the social housing demographic in Lygon Street. We didn’t believe it was to students, as there were local church’s focusing on this demographic. Warren and I intentionally and proactively pursued friendship with our neighbours’ with “ Nova Nights” on Mondays (the local cinema is half price), and regular gatherings, and half a dozen of them have become “people of peace” despite their agnostic beliefs. However, none have been interested in attending our house church.

So, after persistent prayer for our community, the answer came unexpectedly, yet, spiritually intuitively.

A new community hub had been established with the radical experiment of raising old public housing buildings and combining a private and public precinct on Nicholson and Elgin streets The new community centre had not been used for two years. Warren and I walked through this precinct and past this centre for a year on our early morning walks. After enquiring with the Department of Health and Housing, it seemed they were unable to find any outside group to use the centre for community building. Here was an open invitation to use the facility to help establish community with the public housing residents; the only provision, that we provide a families’ afterschool care program. Despite having only myself and a member of our small community who was also living in the social housing available, we embarked upon what seemed to be a daunting and risking endeavour.

Eighteen months later, a community engagement grant from Baptcare for resources for the program, we have between 50 – 60 people attending weekly. It has been a privilege and a testament to God’s faithfulness to see His hand in creating community from such a diverse group of ethnicities, faith, genders and ages. This gathering has been the conduit for conversations and opportunities to invest more deeply into the lives of the people living there. 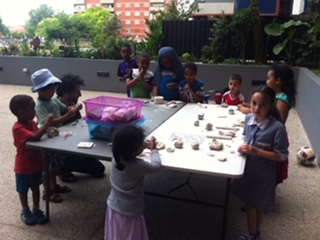 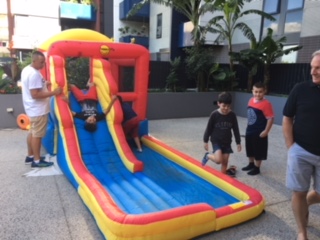 From this has grown a faith community established last February (early days) but with a consistent 15 members and growing called Rise@Carlton.

In essence, the Lord has been amazingly gracious and has blessed us with the following:

We are invited into a community which could have rejected us, but instead continually welcomes us more and more into their lives

Now almost every month our Lord adds to our numbers at Rise@Carlton’s faith community, but even more encouraging is the enquiry from non-believers about Jesus, the Bible and how life can be improved through Him.

A pioneer needs to be bi-vocational and so I am employed by the BUV as the Director of Ordination. On the days that I am not working in this role, I am involved pastorally and act as an advocate for many of the residents, in particular, women who have experienced domestic violence. I find this such an incredible privilege and another indication of ongoing favour, invitation and welcome.

When we hosted a Christmas Eve celebration recently without any publicity and through word of mouth only, 50 people attended. 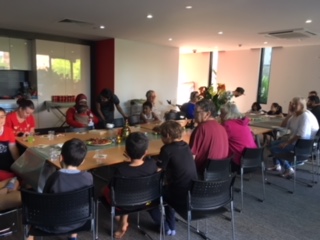 We don’t pay anything for the new and functional premises and the recent application for 2018 from the Department was enthusiastically returned with key and all requests for further hire granted.

We have 30 people attending at the end of January a Scripture Union Christian camp for single parents. Two of these are fathers who have recently come out of jail and reconnecting with their sons. Three families are Muslim! Two grandmothers and their grandchildren and most of these children rarely get out of Carlton! SU are funding half of the costs!! NewHope and Church of all Nations are supplying the buses. God’s generosity knows no bounds!

We have started a Messenger app with members from the community and this has created a further sense of connection for people. Isolation and the sense of not being able to be included in the advantages of mainstream life is a crippling experience and mental health issues relating to this is clear. Community and connection is everything and people are starting to care for one another.

We continue to run the Afterschool Families Program where people tell us that before we came there was no community, and now there is!

This year we will be adding to our weekly rhythm of Afterschool Families and Rise@Carlton faith community a Wednesday afternoon “Breathe” group. This will be a personal development/vision/wisdom scriptures (bible) space for residents. It has been  requested by some of the residents and will incorporate an amalgam of experiences, knowledge and ideas with biblical insight. This will be our primary discipleship tool for this demographic.

The community is still very tenuous, there are constant conflicts and challenges, but it is such a privilege to experience the sense the direct work of the Spirit here. I am convinced that this occurs more when we are in a place of “ risk”.

It hasn’t always been an easy journey but I have had the strength, love and support of a husband who does what he can when he can as he works full time elsewhere. I have had the support of the BUV and the Balwyn Baptist Church who financially support us as much as they can. To this I am exceedingly grateful.

But, more than anything, I would love to encourage more of us to step out and risk the pioneering road as it really does lead to a life of adventure – and God’s providence. The great motifs for the life and presence of Jesus; Community, Compassion and Creativity has become my experience at Rise.