Ros Otzen’s new book on the history of the Ashburton Baptist Church in Melbourne, Australia, is a remarkable story of partnership in mission between the Baptist Union and the local church. In the 1920s, Ashburton was a suburb of orchards, forest and farms. Cows mooed around Warrigal Road and the land around Gardiner’s Creek was a place for fox hunts. The 1930s was the period of the Great Depression but some crazy Baptists, who despite their cupboards being bare and their wallets empty, had a great vision to establish a new church. From the beginnings in 1934, it has been a vigorous partnership with the Baptist Union of Victoria, which has extended for over eight decades. 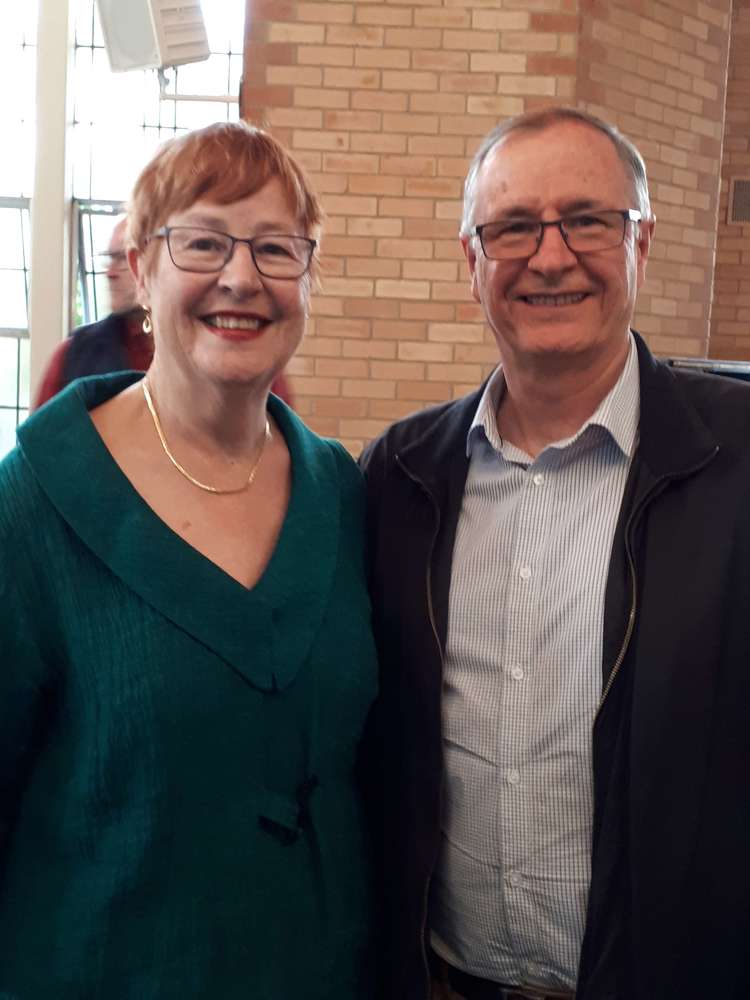 Thanks to churches such Armadale, Camberwell and East Malvern, for sending out people to establish the fledging church in the young suburb of Ashburton.

Thanks to the Baptist Union of Victoria, through its Home Mission arm, for purchasing land on Marquis Street, for arranging architectural drawings, organizing volunteers from other churches to erect the building in one day (it took longer!), granting financial loans, helping the church to get pastors through the Advisory Board and subsidizing pastor’s stipends for several years.

We were indebted to our union of churches, so when we could support ourselves the Ashburton Baptist Church began to give generously to help new churches like Syndal. Over the years the Ashburton church has given finance and contributed people to serve on the Baptist Union’s Executive Council, the Finance Committee, the Whitley College Board and teaching staff, to Baptcare and its staff workers, the Baptist schools, the Baptist Union of Australia, the WellSpring Ecumenical Spirituality Centre, the Advisory Board, the Victorian Baptist Historical Society, the Baptist Union of Australia and some of its members have gone to various countries to serve with ABMS-Global Interaction and other mission organisations. ABC has given significant architectural advice and assistance to churches doing renovations and putting up new buildings. It has contributed several people to be Baptist Union Presidents and Officers.

The new book, So Great a Cloud of Witnesses, tells of this wonderful story of partnership and service together as a Baptist Union and a local church. The Ashburton Baptist Church is a community that knows its story well so it values participation, it supports the mission beyond its local community and it seeks to build on the legacy that it has been given. A church that doesn’t know its story is like a mule with no pride of ancestry and no hope of posterity. 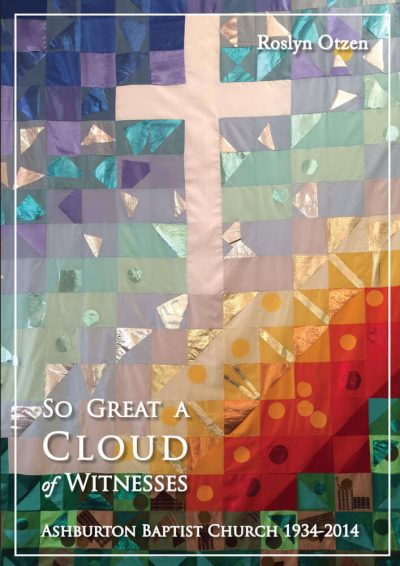 When asked about her approach to writing the story of ABC, author Ros Otzen said, that in contrast to many other local church histories, which are organized around the pastors who came and went, she has attempted to record the names and stories of the women and men, and boys and girls that have made up and built the church community. “This approach,” she said, “is in keeping with the people-centred church that the Ashburton Baptist Church has been and continues to be and it is in line with the ‘great cloud of witnesses’ of which the writer to the Hebrews has written.” Ros drew attention to the ‘resurrection banner’ hanging on the wall behind her, a photo of which is on the cover of the book. The banner was designed by Rhonda Edmonds and the resurrection picture of the empty cross radiating many different colours and various shades is made up of a large number of patches contributed by ABC people. The banner symbolizes life, participation, colour and partnership.

Before offering a prayer of blessing for the book, senior pastor, Geoff Pound, told this story:

Mike Krzyzewski, better known as Coach K at Duke University is one of the most successful coaches in US college basketball. And this is one of his secrets.

Coach K said that the players took the ball everywhere. Players started carrying the ball around—to team meals, on the plane, at practices and in the locker room. Some of the guys even slept with it—they had it right there with them in their rooms.

After the team won the championship, everyone with a name on the ball received a note saying, “Thanks. You were with us every step of the way.” The ball kept gratitude at the centre of their game. And it helped to give them the winning edge.

Geoff Pound said, “I believe that this new book will serve a similar purpose. For in it are scores of names of people who have served this church over these 85 years. This is a book of gratitude for them. It’s aptly entitled ‘So Great a Cloud of Witnesses’. So many have passed on. Many there are who are still in our midst and they all warm our hearts and cheer us on. As the writer to the Hebrews reminds us, they urge us to press on and persevere in the race that is set before us, looking to Jesus the author and finisher of our faith.”

“May God bless this book, its author and all those who read it.

May this book keep us forever grateful for all those who have gone before.

May this book inspire us as we continue to be the church in this place in the years ahead.”

This article is adapted from statements made on 6 May 2018 at the launch of the new book, ‘So Great a Cloud of Witnesses: Ashburton Baptist Church 1934-2014’. The 345-page book was written by author, Dr. Rosalind Otzen and was published by Monique Lisbon through her company Mono Unlimited. The book sells for $25 and is available from the Ashburton Baptist Church, P.O. Box 300, Ashburton, 3147. Email: info@ashburtonbaptist.org.au