You notice that a female worker is being sexually harassed by her manager who makes suggestive comments and unwelcome sexual advances. You must decide to either help or ignore the situation. 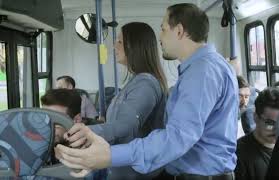 We’d all like to think that when we see something bad happening – a person being sexually harassed, for example, that we’d step forward to render aid. But in reality most of us don’t; it’s inconvenient, or we don’t want to get involved, or we think someone else will help out.

Good people see bad things and fail to get involved with troubling frequency. Within the Christian Holy Texts there is a story that highlights the responsibilities of a bystander. In Luke 10: 29–37  we hear the story of a man travelling along the road from Jerusalem to Jericho who was stripped of his clothes and belongings, beaten up and left for dead. Both a priest and a Levite saw the injured man, and passed on by the other side. A Samaritan, a person from Samaria, who was on a journey, saw the injured man, felt compassion, and tended to his wounds. The Samaritan provided him shelter, paying for his upkeep and care at an inn. The Samaritan did not know whether the man was good or bad, or the circumstances of his injury, only that he needed help. The Good Samaritan was willing to help others without reward, and not out of fear or duty.  Similarly, in the Torah (Sifra 2:12) and the Qu’ran (4: 36), Jews and Muslims are urged to be good neighbours.

Good Samaritan law in Australia provides that bystanders who come to the aid of a victim, who is exposed to danger, can do so even if there is no special relationship between the victim and the rescuer.

This legislation works to prevent a bystander who has voluntarily assisted a person in distress from being successfully sued for a “wrongdoing”. The purpose of this law is a social utility, in that it encourages people to assist others in need without fearing legal repercussions for some error in treatment.

Think Prevent is a bystander education and training program adopted by the Faith Communities Council of Victoria, Victorian Council of Churches, Wyndham Interfaith Network,  Melton Interfaith Network,  St Peter’s Anglican to RMIT Chaplaincy, Anglican Mothers’ Union Melbourne and, various institutions within TAFE Victoria. The goal of the program is to create, over time, positive change to our cultural and social norms to prevent domestic and sexual violence.

To make an inquiry about guest speaking, workshops or consultancy support for your organisation to promote Bystander Intervention to prevent domestic and or relationship violence, sexual harassment and sexual assault link here