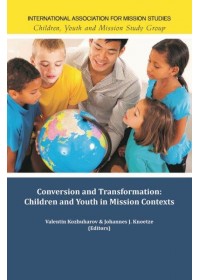 Australia’s multiculturalism can be defined as ‘a stance which affirms the value of diverse cultures coexisting creatively in one community’ (Loader 1992:13).

It implies more than a simple peaceful co-existence. In the church contexts examined here it essentially refers to intentional efforts to engage together with another community, open to whatever new developments this might entail.

Cross-cultural mission and multicultural ministry in the BUV began after the Second World War with the arrival of migrants· from Eastern European countries. Later, churches have formed from the Latin Americas, Middle East countries, South East Asia and other Asia generally. Recently migrants from Burma and Africa have also arrived (Langmead and Yang 2006:121-130). Today, some migrant ethnic churches remain as separate mono­cultural structures. Many migrant congregations are nested, with the initiative of church leaders, in Anglo-Australian churches. There has been generous practical support from host churches for refugees who worship in their church buildings, leading in places to developing friendships with Anglo­Australian congregations. A few churches have developed a structural partner­ship and remain as two identified separate congregations, while others are moving towards being an integrated multicultural church (124-125).

This research uncovers the shape of different types of multicultural churches, dividing them into 4 basic models, and offers a critique of the strengths, weaknesses and learnings from each. Churches in each of the 4 models are on the journey to an understanding of becoming multicultural, although this can mean at least three different things: (1) A plurality of monocultures; (2) a healthy interaction between essentially different cultures; and (3) a spectrum of intercultural experiences between first and third generation migrants.

A key conclusion from this work was the evidence that where the church leadership has a clear vision for the integration of young people and education for first generation parents, there are many examples of successful partnership. In relation to the experiences and challenges faced by the second generation, multicultural churches need to be inclusive in the life of their church, and intentional in building a vital church community as a place of embracing the other. Such multiculturalism shapes both the migrant ethnic churches and the Australian churches as they struggle with how to express intentionally that the kingdom of God is both inclusive and diverse in its unity.

Read the full paper, The Impact of Multicultural Church Models on Ministry and Mission to Children and Youth, here