Around two thousand years ago the Apostle Peter got an invitation he couldn’t refuse. After all, if you have had a vision and the Holy Spirit is giving you step-by-step instructions on where to go and what to do, it is hard to say ‘No’.

But No is exactly what Peter wanted to say. When Peter arrives at Cornelius’ house he starts by announcing that as a Jew it is unlawful for him to associate with Gentiles. Even after staying with Jesus in a Samaritan village for a two days (Jn 4:40), Peter struggles to accept the Holy Spirit might be at work outside his religion – or that he might have to go outside his comfort zone to follow the Holy Spirit there. Finally Peter declares that ‘I truly understand that God shows no partiality, but in every nation anyone who fears him and does what is right is acceptable to him.’ (Acts10:34)

Now it is our turn.

On Sunday 15 April Muslims around Victoria are inviting you to visit their mosques for the Victorian Mosque Open Day. If you are free, Go. Encourage other people from your church to go with you.

As Christians, Jesus calls us to love our neighbours as ourselves, and this includes loving our Muslim neighbours.

This means making friends with our Muslim neighbours and meeting them where they are – which means going down to your local  mosque.

As well as a guided tour of the mosque and questions and answers about Islam you might be offered henna tattooing, a turn on the jumping castle, or a sausage sizzle.

Don’t be an anonymous Christian. The guided tour of the mosque is a good time to introduce yourself, explain that you are there as a friendly Christian, and give the name of the church you represent. Make no mistake – just turning up and being friendly will be a simple but powerful act of Christian witness.

When you go, show the same respect for your Muslim hosts you would like them to show if they visited your church.

Dress appropriately. This means long sleeves and long pants, or a long dress or skirt for females. Most mosques won’t require females to wear a head scarf in the mosque, but if they do, head scarves will be provided.

Here is a challenge: see if you can start a relationship that will continue past 15 April. Ramadan will start in May, and many mosques will hold community Ramadan dinners. Ask if there events you can attend. 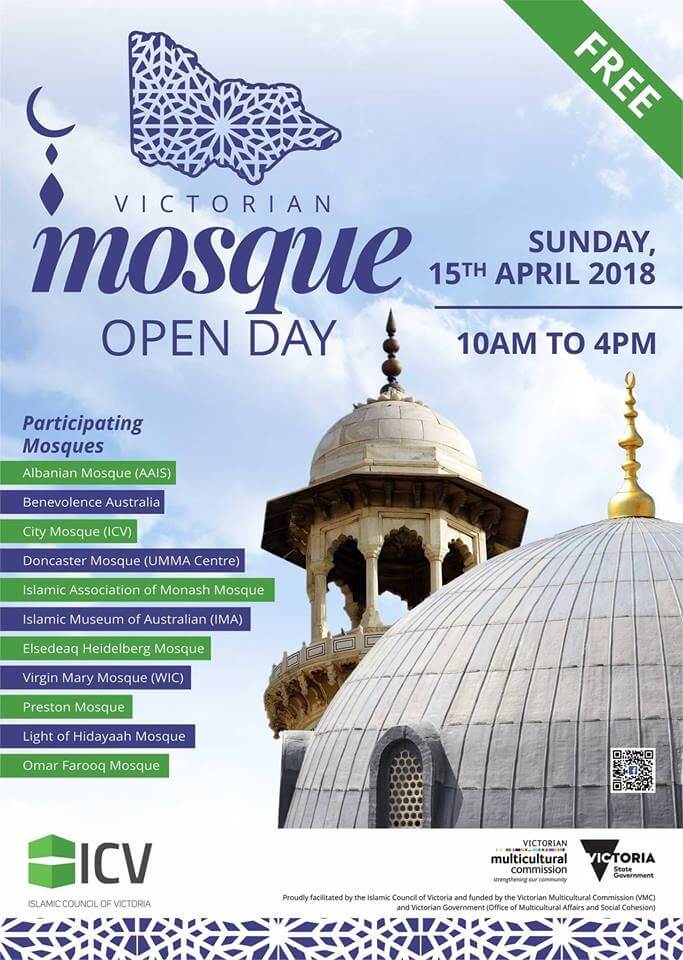 Martin West is a member of Westgate Baptist Community.