This month, we are celebrating International Women’s Day by featuring stories of courage and determination by ordinary women who are playing extraordinary roles within our Baptist community.

Watching for a bend in the road – Christine Wanstall 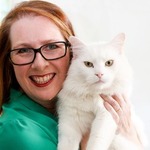 Growing up in 1970s Grafton NSW, Christine was more than familiar with the local joke that the most interesting thing to do in town was watch a bend in the road. It was true that outside of sport, there were not a lot of opportunities for young people. However, Christine was the sort that threw herself fully into the opportunities that Grafton did present and became involved in netball, rowing and music.

When the Canadian Leighton Ford went to Grafton in the mid 1980’s, Christine attended the Crusade with her youth group. She was skeptical of the altar call, but felt God strongly drawing her forward. The Crusade was a deposit of strength to be drawn upon one year on when Christine’s father tragically died at home of a massive heart attack.

“The night that my father passed away, I remember opening my Bible and pulling out a tract that I had been given from the Leighton Ford Crusade. The passage I went to regarding grief was Romans 8:39 – There is nothing that can separate us from the love of God. There was this really strong reassurance of God being with me.”

With God’s presence in her life, Christine took the bend in the road, and left Grafton. She met her husband David and together, they made the move to Victoria. Christine started working in front-line child protection and then later in hospital social work, and David worked as a chemical engineer. They had two children in this time and were involved in a church plant in Port Arlington.

David then went on to study at Bible College and began work in pastoral ministry. This was a time for Christine of grappling with her role in ministry.

“Was I the pastor’s wife? I wasn’t typical. I wasn’t interested in leading the women’s group. I spoke bluntly at times. When we got married, I knew that David would be heading into church leadership roles. And at the time, there were not many women who were in those leadership roles. And the models of it did not resonate for me.”

Whilst there was a clear leadership path for her to follow in her work career, there was not a pattern for her prophetic gift in church leadership. In the struggle to find her contribution, Christine pursued God more fervently.

“Back in the 90s, if I were a man, I would have been given a lot more opportunities. I would have been asked to preach more and encouraged to go to Bible college. However, if I had pursued church leadership, I suspect I would have burnt out or blown up – because of the internal insecurity that sat with me. The struggle of working out my role and purpose forced the conversation about identity, which then allowed God to do that work inside me. I love what I do, but I would be okay without it.”

The lack of a clear-cut path for her was ultimately a gift in discovering her true identity.

In the years, to come she learned to challenge the natural instinct for criticism and comparison and resist the lie that her generation was sold – the lie that she could do it all. Her daughter’s fifth birthday party is etched in her memory as a day when this lie was well and truly exposed. After a long and difficult shift at the hospital, working with expectant mothers at risk, she bolted home to finish preparations for the party, welcome fifteen five-year olds into her home, present the home-baked and decorated cake and the hand-made snacks which eventually burned in the oven. But all she actually wanted was rest and peace.

But, more than learning to overcome the negative influences of our culture, Christine’s lack of obvious role models in her gifting caused her to focus on the Giver of her gift. She was spurred on to what God was calling her to, her purpose in the kingdom and recognising God’s love and his care for her as his child.

It was God’s clear guidance that helped Christine plant herself where she is today. In 2013, in another season of searching and discontent, Christine sensed God asking her, “What would you do if you could do anything?” And there was no doubt in her response: “I would like to be a church health consultant.” That same day, she walked into training at the BUV where she was volunteering and was told of a job opening. Since 2014, she has filled the role of church health consultant.

The path to this point has had many bends in the road. Without the typical pattern to follow, Christine has challenged negative culture and limiting expectations within the church. In her struggle and formation, she is quick to acknowledge the role of mentors. There have been many women who have called out gifts and encouraged her to stop emulating others and be who God created her to be. And while some in ministry have not encouraged her, there have been men in leadership who have provided insight into her gifting and capacity. Christine places a high value on mentoring – those who will call out gifts, recognize capacity and create opportunities.

For those who face an unclear path, with gifts or capacities that seem to be unusual, Christine’s pursuit of God offers great encouragement. The path that is unclear and the road with unknown bends offers the hard-won opportunity to know one’s identity that reaches beyond a role.

Christine Wanstall is a Church Health Consultant for the Baptist Union of Victoria. She is a trained Social Worker (Bachelor of Social Work) with over 22 years of experience working in Child Protection, Hospitals and Local Government settings. Christine is also a 2020 Ordinand.