Women in Australian Society and the Church

How is your church performing in the equality stakes? Our BUV now has an equal number of men and women on our Leadership Team, but this is not reflected across churches. It can be hard, but how intentional are we being?

In our “lucky country”, women are accorded equality; they are assuming leadership in every sphere of life and excelling in the education stakes. Nevertheless, at least once or twice a week in the daily paper that I read each morning there is an article on the pay gap between men and women, or the small percentage of women in management positions, or the discrimination shown towards women in one or other of the professions. Worse still there are never ending articles about the abuse of women in the home which impacts on an estimated one in five women. What this reminds us of is that even when we have the highest ideals, putting ideals into practice in a fallen world can be elusive and thus a constant challenge. When it comes to the developing world, the lot of most women leaves you in tears.

But what about in the church? Are we better at putting our Christian ideals into practice and specifically, are we better when it comes to women?  I think not; in fact all too often the church lags behind the world. The problem is when it comes to women we are divided on the ideal itself. Many Christians still believe that God appointed men to lead. I cannot tell you how many people have told me in anguish that in their church at least once a month their minister speaks about “male headship” and gives a sermon entirely on this topic several times a year and that he never allows women to preach.

Jesus would be horrified by such teaching. He said not one word on “male headship” and much to the contrary. Even St Paul, would have raised his hand in protest. Yes, in Ephesians 5:23 he spoke of the husband as “the head of the wife” but then he went on to say “the head” should give himself in service for his wife even to the point of giving his life for her. This kind of “headship” is too costly for most men to consider too seriously. Then we should note that Paul affirmed women leading in prayer and proclamation in church (1 Cor 11:5); commended Nymphia who lead a house church (Col 4:15), and greets Junia a woman apostle (Rom 16:7). In 1 Corinthians 12:28, he says, apostles are “first in the church”. What we need to recognise is that Pau in his age and culture, two thousand years ago, was seeking to subvert patriarchy, not endorse it.

For further information and to register, the CBE website, www.cbe.org.au 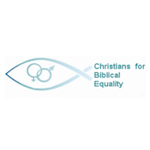 At the CBE conference Dr Mimi Haddad, the president of CBE International, the Rev Patti Ricotta who works against the mutilation of young women in Africa, and Dr Kevin Giles, a New Testament scholar will be keynote speakers. In addition, there will be twenty one workshops, covering such topics as biblical teaching on the male-female relationship, the abuse of women in the home, women in indigenous communities, women in church planting, gender equality in schools, and much more.