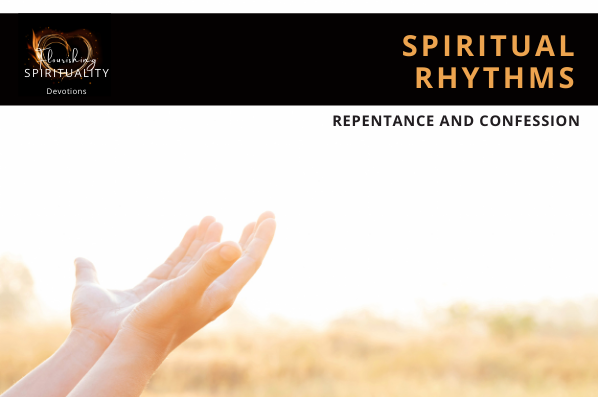 It’s not difficult to appreciate why the parable of the father and his two broken sons, recorded in Luke 15, is such a universally-beloved text. It speaks to so many of our deepest questions, fears, and hopes. Such realities that characterise the human condition are also inescapably bound up, in this story at least, with the possibilities of renewed, healed, and reconstituted relationships; and with the possibility that one’s judgement about one’s self is not the last word spoken over one’s life.

Repentance is part of that story. It seems that as far as the Christian story is concerned, repentance is not principally about one’s own problems, faults, guilts, regrets, or fears. Rather, it is first and foremost about ‘allowing oneself to be caught up in the way of Christ’ (Dietrich Bonhoeffer). That way passes through the long shadows of the grave. That’s why C. S. Lewis defined repentance as ‘undergoing a kind of death’. And that is why, Lewis says, ‘repentance is no fun at all’. But, as Lewis also insists, there’s more to it than that. For this kind of death is ‘not something God demands of you before God will take you back’. Rather, ‘it is simply a description of what going back to God is like’. In Jesus’s parable, both sons are ‘lost’ and ambushed by their fears, and both are invited to take the risky journey towards homecoming.

The parable also suggests that as far as Jesus is concerned, real confession is both subsequent to and made possible by forgiveness. Only the forgiven can confess their sins. Confession is neither a transaction nor a negotiation in order to secure forgiveness. Moreover, it is ‘the after-the-last gasp of a corpse that finally can afford to admit it’s dead and accept resurrection’ (Robert Farrar Capon). So understood, confession is something like waking up to what is already most true about us – that we are loved beyond measure – and about God – that God will not be God without us! This is one reason why infant baptism, not something all Baptists always appreciate or welcome, can be such a powerful witness to the Gospel. It makes public the claim that no amount of sincerity, grovelling, or religious acrobatics can achieve forgiveness. Rather, forgiveness comes before we ask for it, before we are aware of its need, before we take our first breath. It comes like a grieving father breaking all protocols – exposing his bare legs and running out to embrace a traumatised child at the edge of life’s horizon where life has become no life. It is pure gift. It is unthinkable. It is.

The church’s vocation is to find ways to keep bearing witness to this preposterous and impossible possibility. It is indeed the most attractive feature of Christianity – its gamble on grace, the Good News that one’s end and embrace is finally undetermined by one’s own resources, abilities, beliefs, or actions, and is determined only by the Word who is for us. That Word is one who himself goes into country both near and far – into the nadir of our nightmares, into the silent desert of our graves, into wherever we fear experiencing joy, into hell – to seek for the lost; and who, as another parable in the same chapter of Luke’s Gospel records, refuses to return home until all such, including those who refuse to join the party, are found, and their relationships transfigured.

‘We may be unable, as the prodigal was, to believe it until we finally see it; but’, as Capon notes, ‘the God who does it, like the father who forgave the prodigal, never once had anything else in mind’.

* This devotion represents the writers personal concepts of theology.   It uses infant baptism (widely practiced in other denominations) as an illustration of God’s grace.
A distinctive of the Baptist denomination is the concept of believer’s baptism.