This week is NAIDOC week. The theme is “Always Was, Always Will Be”.  To learn more visit https://www.naidoc.org.au/ 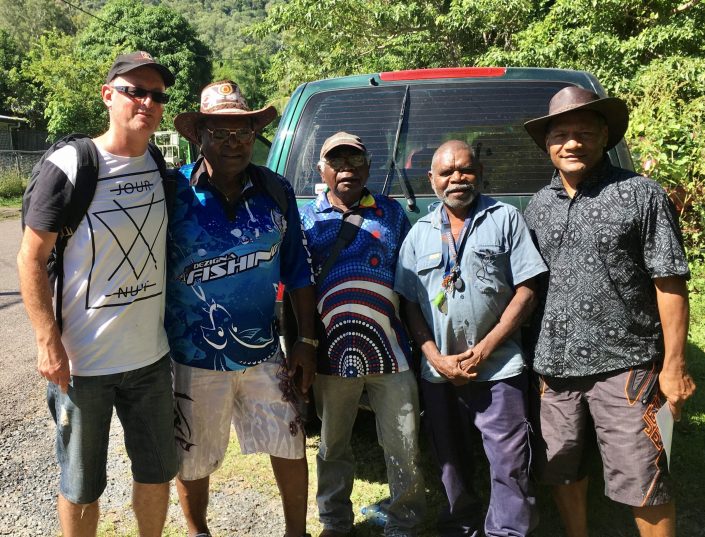 Andrew with Elders from Palm Island

I’m an immigrant to this country (within my lifetime), having grown up in New Zealand.

For a brief time after I first arrived in the late 1980s, I lived on Redfern Street, Redfern in Sydney. At the time Redfern was a key central hub for Indigenous people who had, for the most part, been dislocated from relationships with family and land by forces beyond their control.  I was both staggered and surprised by what I saw in terms of living conditions, particularly in the area known as “The Block”. Soon after, I moved to the Northern Beaches of Sydney and it all quickly became ‘out of sight, out of mind’.

Over 25 years of blindness later I had the privilege of being able to re-enter the narrative, working in an Indigenous relationship role for six years. I’m deeply thankful for the opportunity and for the people I met and walked with, particularly their generosity, friendship, patience, and grace. Here’s a couple of key things I learned and hopefully I will keep learning…

Firstly, I had NEVER before considered ‘white privilege’ or ‘dominant culture’. Never. However, a lack of awareness doesn’t mean we don’t unintentionally perpetuate it. In fact, it’s lack of awareness that plays a big part in our inadequate relational progress. If you’re white and want to learn something this week, research these two terms a bit. We have to know what it is we bring to any discussion, consciously or unconsciously.

Secondly, I had to learn how to listen a whole lot better. To do this, I realised I had to suspend my own opinions. I learned to ask myself, ‘What do I have to undo in my way of thinking, to understand someone else’s?’ To understand what has gone before (“Always Was”), we have to let go of some presuppositions. It’s a big challenge, but it was only when I realised this that I began to listen more effectively and understand with a little more clarity.

We will be a better country when we work on our “Always Will Be” together. Understanding the role of privilege and dominant culture as well as adopting a listening posture instead of an ‘answers’ posture will make all of our lives richer.

To help understand and relate to this year’s theme of “Always Was, Always Will Be”, I have one experience to relate. In 2017 I led a group of ministers on a Cultural Awareness Trip and as part of it we spent some time in North East Arnhem Land, around the Nhulunbuy area. There, we met up with local Yolngu elder, Djalu Gurruwiwi. Djalu is known worldwide for his skill as a player and maker of the Yidaki (didgeridoo). He is also known as a primary custodian (spiritual keeper) of the instrument. This role is passed on from one generation to the next (and has been for a long, long time). Djalu also has a Theological Degree from Nungalinya College.

As we sat there on ‘his’ land, where his ancestors have dwelt for more thousands of years than any of us could imagine, listening to him singing the ancient song-lines while some young guys played their Yidakis, I thought there would be very few people on earth who would have a clearer sense of their identity. 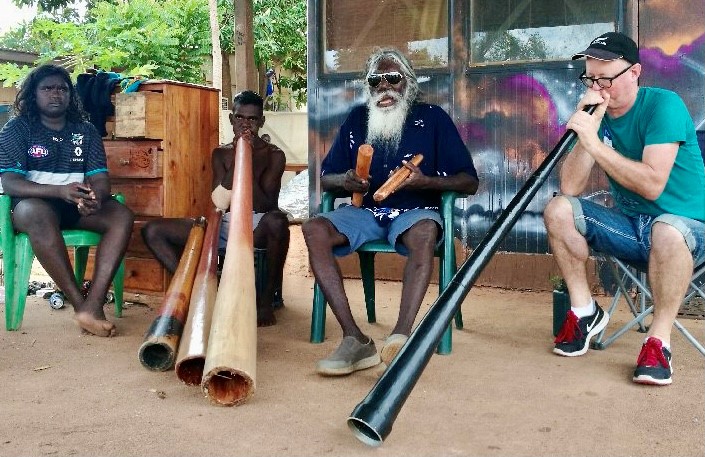 Despite all the ongoing challenges of dominant culture; of white people arriving, mining companies moving in; the ongoing challenge of having to conform to imposed rules, simply because someone else has dominated and not had the grace to listen, here he was, connected to a long past and speaking to the future, seemingly all at once. It was amazing to see and experience this sense of Always Was, and Always Will Be.

We are all part of the deep personal, cultural and relational challenge in this country, but if we could each grasp a little sense of the “Always Was, Always Will Be” we might connect with God’s long story, and have present peace in our hearts for the roles we can all play toward a better future for everyone.

With thanks and respect to those I have been on this journey with.

Prior to his role at the BUV, Andrew spent 6 years as Relationships Manager for Australians Together, an organisation dedicated to better relationship between Indigenous and other Australians.