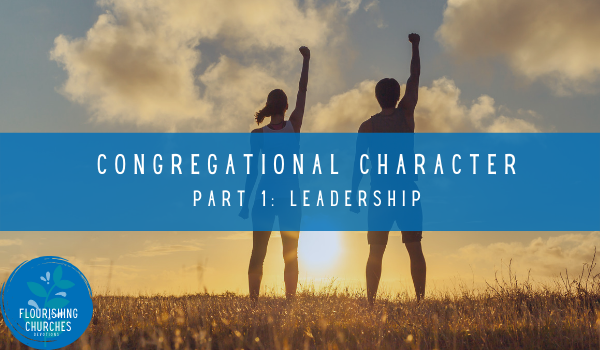 In our BUV devotional series on Flourishing Churches, our Pastoral Leadership, Support and Development Team have taken the lead on the “Congregational Life” sections of our framework – and they’ve done a great job in focusing on Discipleship, Engagement, Hospitality and Diversity. (The links are here if you’ve missed any.) Next up, our Church Health and Capacity Building Team are going to lead you as we consider the “Congregational Character” aspects of the Flourishing Church framework.

Recently, when I was reading in Luke’s Gospel, I came across again the incident where Jesus takes Peter, James & John to Jairus’ house to raise his daughter from the dead. (See Luke 8:51-56) Then in the very next chapter, the same 3 disciples are brought by Jesus to a mountain – which we call the Mountain of Transfiguration – where Jesus was to pray. And they had the amazing experience of seeing “clothes became as bright as flash of lightning. Two men, Moses & Elijah appeared in glorious splendour, talking with Jesus.” (Luke 9:28-30) There is a third episode where Jesus takes Peter, James & John with him – which is when he prays in the Garden of Gethsemane (See Mark 14:33).

Why does Jesus take just three of the Twelve for these episodes? Given that the text doesn’t tell us, we can’t be definitive but it seems likely to me that there were keys times when Jesus was investing in the 3 key leaders who would be most influential in taking the Gospel forward. We know that the 3 of them were – along with Andrew – the first disciples to be called. We know that Peter was always first mentioned in the lists of Apostles – indeed in Matthew’s Gospel he was actually specified as first (10:2) – and became the key spokesman in the early chapters of Acts. And John was right alongside him in leadership in Acts 8:14 and became a key writer of a gospel, letters and the book of Revelation.

There is an important function of leadership that is vital for a church to flourish. Both pastoral leaders and lay leaders who serve in ministry and governance are vital in seeing Churches flourish. And both pastoral and lay leaders need to work together – neither are more important than the other. Sometimes the pastoral leader is seen to be the most important for they have the more public role and at times get too much credit for the church when it’s going well and too much blame when it’s not!

I’m a big AFL fan and the head coach is the equivalent of the lead pastor who is the public face of the team. When a team is going well the call is, “sign the coach to a longer contract” and when a team is going badly; “sack the coach”! And it might only be a couple of years in between – think the Adelaide Crows right now. I follow Geelong and when they won 3 Premierships in 5 years, it wasn’t just about the head coach but the off field leaders of the President (Frank Costa) and CEO (Brian Cook) who were equally important. More recently Richmond have been the dominant team of the past 3 years and their stable off-field leaders – CEO Brendan Gale and the AFL’s first woman President Peggy O’Neal – have been instrumental to their success.

I have seen over a long period of time the critical nature of good church leaders to go along with good pastors. Church leaders are called to rise in pastoral transition and conflict and then work well in the background in governance and empowerment when the church is flourishing under positive pastoral leadership.

How do leaders flourish? Firstly by looking to and keeping connected with Jesus. It’s no coincidence that “Spirituality” is at the core of the Flourishing Churches model for we know all 12 aspects fit around the core of our relationship with Jesus. All of us need to connect to and nurture our relationship with Jesus. How you do that will be as individual as you are; but the necessity of doing that is common to all leaders and followers of Jesus.

When Jesus chose the 12, Mark’s Gospel tells us that Jesus “appointed twelve that they might be with him and that he might send them out to preach.” They were firstly called into relationship with Jesus and each other and then sent out in ministry. Relationship with Jesus precedes ministry for Jesus.

Church leadership – both pastoral and lay leaders – are high callings to partner with Jesus the Master Builder as he builds his church and they are both vital to a flourishing church.

1. How are you doing in your walk with Jesus? Is there a need for you to re-prioritise that afresh?

2. How are you going with relationships amongst the key leaders in your church?

3. Are there some leadership resources you could invest in at this time – books to read; podcasts to listen to; on-line training you could access? Keep checking our BUV website for opportunities to learn and grow.

4. What do you sense God saying to you about your church in this strange season of COVID-19 that we are all in?