When Jesus walked on the earth, he stepped into a world where Roman and Jewish gender stereotypes were deeply embedded. Cultural attitudes and behaviours exploited and controlled women. In this context, where leadership was seen as an exercising of authority over another, Jesus claimed that he ‘did not come to be served, but to serve’ (Mark 10:42-45). His kingdom values upheld the meek, the merciful, and the peacemakers, while issuing severe warnings to the power-hungry, the rich, and the unmerciful. He subverted the popular concepts of the kingdom by announcing that, “The last shall be first and the first shall be last.”[1] We see in Jesus’ everyday encounters with women, that he disregarded ingrained discrimination, protocols and damaging cultural norms and gently welcomed women’s discipleship (Luke 10:38-42), their conversation (John 4:1-26), their healing (Matthew 9:20-26), their company (Luke 7:36-50) and their witness (Luke 24:1-12). During his earthly ministry, Jesus simply upheld the designed equality of men and women, whom God entrusted as his image bearers at creation.

So God created mankind in his own image,
In the image of God he created them;
Male and female he created them.
God blessed them and said to them, “Be fruitful and increase in number; fill the earth and subdue it. Rule over the fish in the sea and the birds in the sky and over every living creature that moves along the ground.” (Genesis 1:26-27)

The radical nature of Jesus’ message and example 2000 years ago are still counter-cultural today. Being female today invites obstacles and challenges. For some, their birth may never come, because they have been selectively aborted;[2] for others, they may only live a few hours due to female infanticide. Others will face exploitation, subordination, and violence. Many, because of their gender, will have their talents unrecognised, will be forced out of work, will struggle financially, will suffer mental illness and will face an insecure future into their senior years. These injustices may be at the hands of an individual, a societal attitude, an economic structure or a political whim. Both the broader society and the church have at times restricted the participation, leadership and qualification of women in work and ministry. Such attitudes that subvert the call of God on women need to be brought under the servant-leadership authority of Jesus.

Our innate desire for hierarchy, for control and for greatness are served a mighty blow in Jesus’ response to his disciples who hungered for status. “Whoever wants to be great among you must be your servant.” (Mark 10:44). While control and status demand the slave-hood of others, Jesus longs for us to see the inherent value and image of God in each other to the point where we willingly put the other first. And we are reminded that our unhelpful distinctions, which seek to elevate ourselves, have no place in his kingdom.

“There is neither Jew nor Gentile, neither slave nor free, nor is there male and female, for you are all one in Christ Jesus.” (Galatians 3:28).

Despite at times Paul’s writings being used to quash the participation of women in leadership and ministry, it should be noted that Paul ‘affirmed women leading in prayer and proclamation in church (1 Cor 11:5); commended Nymphia who lead a house church (Col 4:15), and greets Junia a woman apostle (Rom 16:7). In 1 Corinthians 12:28, he says, apostles are “first in the church”. Paul … was seeking to subvert patriarchy, not endorse it.'[3] ‘That the Holy Spirit gives to women the gift of leadership is hardly a matter attracting any debate.'[4]

God’s kingdom is a place of salvation, safety and participation for all. Where God’s gifts are given full expression, the community flourishes.

Gender Equality in Australian society has always had its place in political and social spheres, where great gains have been made in welcoming the participation of women. The suffragette movement in Australia, which resulted in non-indigenous women gaining the vote in 1902, captured the attention of the US. Since 1990, a flurry of political and social milestones have been reached. Despite the progress, cultural discrimination still thrives today, and we find a greater need and a greater appetite in Australian society to elevate the rights of women in the workplace, in political arenas and in the home.

Australian milestones in gender equality
1902 White women won the right to vote.
1962 Both Aboriginal men and women won the right to vote.
1978 The first ‘Reclaim the Night’ Rally, “with protesters marching to speak out against the violence experienced by women who walked alone at night.” It has since become and annual tradition in Australia.[4]
1983 “Australia signs the Convention on the Elimination of All Forms of Discrimination against Women (CEDAW), described by the United Nations as the “first international treaty to address the fundamental rights of women in politics, health care, education, economics, employment, law, property and marriage and family relations”.”[5]
1984 Commonwealth Sex Discrimination Act is passed.
1990 Our first female state premier.
1990 Our first female director of a national institution.
2007 Our first female Governor General.
2008 Our first female Prime Minister.
2011 Our first Global Ambassador for Women and Girls.[6]
2012 The launching of the National Action Plan on Women, Peace and Security.[7]

In 2017, Australia was ranked 35th on a global index measuring gender equality, slipping from a high point of 15th in 2006. While Australia scores very highly in the area of educational attainment, there is still a lot of progress to be made in the areas of economic participation and opportunity and political empowerment.[8]

Today, 82.7% of organisational leadership roles are held by men, despite data showing higher levels of educational engagement and achievement among women than men; including 34.2% of women aged 18-24 enrolled in a bachelor degree or above, compared with 25% of men.[9]

Australia enshrines equality between men and women while Victorians live under both the Commonwealth Sex Discrimination Act of 1984 and the Victorian Equal Opportunity Act of 2010. These two acts make attempts to stamp out inequalities based on gender, however, discrimination and sexual harassment are still pervasive in workplaces and broader society. Economic policies and structures harmfully contributing to inequality still exist.

The Australian Human Rights Commission found that in 2018 a woman in Australia earns a full time wage that is 15.3% less than a man, and will have a superannuation balance that is just 58% of that of a man. “Women spend almost twice as many hours performing unpaid care work compared to men.”[10] Aside from policy, there are insidious social behaviours, attitudes and stereotypes that reinforce gender inequality, and contribute to one in two women experiencing sexual harassment during their lifetime, and one in three women experiencing physical or sexual violence from the age of 15.[11]

There are far-reaching affects of this inequality in our society:

Internationally, the issue of gender equality has been recognised as of utmost importance, through the launching of the 1995 Beijing Platform for Action. ‘A defining framework for change, the Platform for Action made comprehensive commitments under 12 critical areas of concern. Even 20 years later, it remains a powerful source of guidance and inspiration.’[18] The UN Secretary-General, Ban Ki-Moon states: “This pivotal document continues to guide the global struggle against constraints and obstacles to the empowerment of women around the world”.[19]

More recently, gender equality has been included as a stand-alone goal in the United Nations’ Sustainable Development Goals. “Providing women and girls with equal access to education, health care, decent work, and representation in political and economic decision-making processes will fuel sustainable economies and benefit societies and humanity at large.”[20] As of 2014, 143 countries have guaranteed equality between men and women in their Constitutions but 52 have yet to take this step.[21]

Since 2013, Baptists, both internationally and nationally, have been vocal on the issue of gender equality, holding a strong focus on gender-based violence for their advocacy and practical support. In 2017, Baptist leaders from all around Australia met with federal parliamentarians advocating for a safer and more inclusive world for women,[22] and the need for reform in the family law system to protect family violence survivors and their children.[23] Later that year, the National Council of Australian Baptist Ministries released a Statement on Domestic and Family Violence, acknowledging the church’s historical failure to recognise violence, and to protect those who have suffered. The statement also serves as an apology to those who have had their pain and suffering ignored. It makes a commitment to increase the church’s awareness of domestic and family violence, to change culture within the church, and to provide greater support services and to maintain advocacy around the issue. For the full statement, please click here.

In 2013, the General Council of the Baptist World Alliance adopted a resolution on Gender Equality and Gender-based Violence, resolving amongst other things to ‘pursue initiatives leading to the achievement of gender equality in societies worldwide’ and ‘contribute to the empowerment of women and the protection of their human rights in all spheres of human endeavor.’[24] For a full reading of the statement, please click here.

A Just Cause (www.ajustcause.com.au)
“Our mission is to resource churches to exercise a prophetic voice calling for justice for those on the margins of our society.”

Our Watch (www.ourwatch.org.au)
Campaign to “End Violence against Women and their children”

No place for Violence here (A Just Cause) (https://ajustcause.com.au/no-place-for-violence/)
Australian Churches Responding to Domestic Violence
Campaign Objectives:
1. Internal Transformation: Equipping church leaders and church attendees to respond to domestic violence and shaping church cultures that mitigate against violence.
2. Graceful Presence: Churches sharing the grace and love of God in their communities in acts of care for women and children fleeing domestic violence
3. Prophetic Voice: Churches standing alongside people experiencing domestic violence, calling on governments to provide the community resources that are needed.

Common Grace (https://www.commongrace.org.au/16_days_of_prayer_details)
Common Grace has put together 16 Days of educational resources for the church community to use for educating itself and praying regarding domestic and family violence.

Common Grace (https://www.commongrace.org.au/churches_addressing_domestic_family_violence)
Common Grace has guiding prayers for individuals and communities highlighting the issues of domestic and family violence.

Common Grace (www.saferresource.org.au)
SAFER is an online resource produced to help churches support and prioritise victims of domestic and family violence, and know how to deal with perpetrators.

Christianity Today | Making Space for Women Leaders in the Church

ABC News | Inequality in the workplace

Health Link BC | Abuse and neglect of older women

It’s a wrap! Thank you to all our pastors, leaders and delegates who were able to join us for our very first online Members’ Meeting last Friday evening.... 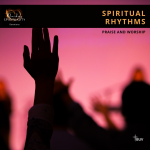 Part 2: Spiritual Rhythms – Praise and Worship by Lyn Williams and Andrew Naylor     Lyn: Praise and worship as a spiritual rhythm has a vital place... 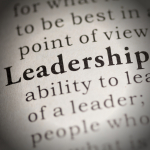 Since COVID-19 and measures to contain it began to impact on Victorians, I have often started conversations and meetings with church leaders by asking how they and their churches...