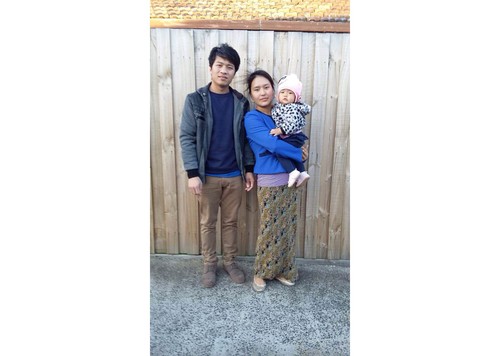 Mangding arrived as a refugee from in Malaysia in 2009. He was married to a very beautiful wife, but was resettled to Australia alone leaving his wife behind in Malaysia.

He started repaying the loan at the rate of $100 a month and has now repaid it completely. In the meantime his wife arrived and they now have a lovely child.

“God helped me to be able sponsor my wife through the RAALS program” says Mangding. “This gave me peace of mind even though I was newly arrived, and gave me hope that I would be reunited with my wife soon.:

Now that Mangding’s wife has arrived in Australia, they have started a happy and peaceful new life as a family unit. The Department of Immigration and Border Protection has sent a letter confirming they can apply for a Permanent Residence Visa.

This story of reunification and hope would never have happened within two years without the RAALS loan.

“Without this help, I would have needed to work for four to five years to save enough money to sponsor my wife. The loan solved many of the problems and difficulties I would otherwise have faced” shares a grateful and happy Mangding.