With the authority invested to this position by Union Council, the Director of Mission and Ministries (DoMM) is responsible for the development and leadership of the vision and mission of the Baptist Denomination in Victoria. With the vision to ‘Advance the Kingdom of God by empowering church leaders for mission’, the DoMM’s role is to champion the message and the strategies developed to progress this vision.

The DoMM is responsible for overseeing 5 key strategies for achieving this vision: 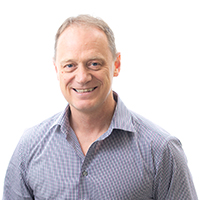 Rev Daniel Bullock is the Director of Mission & Ministries at the Baptist Union of Victoria (BUV), a position he took up in February 2012.

Before commencing at the Baptist Union of Victoria Daniel was the Senior Pastor at Essendon Baptist Community Church, a position he held from August 2007 to February 2012. Daniel also worked at NewHope Baptist Church for 11 years as the Senior Associate Pastor where he served in a number of roles, overseeing a large staff team and diverse ministries. Prior to NewHope, Daniel served as the Interim Pastor at Berwick Community Baptist Church. His key strengths are in the areas of strategy and staff development, preaching, teaching and coaching emerging leaders.

Daniel commenced his working life as an electrical linesman for the Heidelberg City Council Electricity Supply and then the State Electricity Commission. He worked as a linesman for 11 years before responding to God’s call on his life to pastoral ministry and ordination.

At the age of 26 Daniel had a transformational encounter with God which eventually led him to study a Bachelor of Ministry at the Bible College of Victoria, followed by the process of ordination training at Whitely College, and ultimately into his calling as a local church pastor. Daniel was ordained in 2000 and subsequently completed a Master of Arts in Church Leadership at the Australian College of Ministry in 2007. He is married to Derynne and they have a teenage son, Matthew. 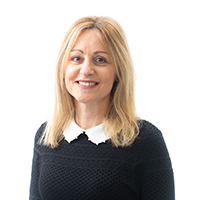 Lyn Williams, Executive Assistant to the Director of Mission & Ministries

Lyn provides high-level, professional, administrative and strategic management assistance to Daniel to support him in the achievement of his strategic goals and responsibilities. Lyn’s employment background encompasses a variety of roles including pastoral ministry, administration support/office management and instrumental music teaching. She brings well-developed organisational and relational skills to her role in supporting Daniel. Lyn manages Daniel’s schedule and is his first point of contact. She can be reached on 9880 6188 or domm@buv.com.au during office hours, Monday to Friday. 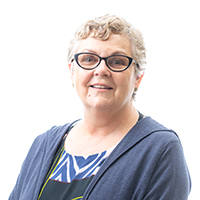 Debbie has oversight for the development and implementation of the BUV’s ordination policy and process. Before commencing in this role in July 2018, Debbie served as Pastor of Ivanhoe Baptist Church for 5 ½ years. Prior to this, she served for 12 years as a secondary school chaplain for the Council for Christian Education in Schools and then ACCESS ministries. Her time in chaplaincy included two years as Regional Manager for chaplains in SE Melbourne and across Gippsland. Debbie’s ministry experience has also included team ministry with her husband, Geoff, at Upwey Baptist Church, where she served as Associate Pastor, and cross-cultural ministry in the Philippines with APCM. Before studying for her undergraduate and post graduate theological degrees at Whitley College, Debbie trained and worked as a secondary school English teacher. Her strengths lie in education and teaching, preaching and pastoral care. Debbie works 3 days a week (Monday, Tuesday and Wednesday) and can be contacted at ordination@buv.com.au or on 98806117 or 0437643072.

In these unprecedented times, our BUV support hub is reaching out to let you know that we're here for you. As the body of Christ, we now have an opportunity...

Flourishing Spirituality Devotions Part 4 Spiritual Rhythms – Bible Reading and Study by Leanne Hill     I have such good memories of being in a Bible Study...

It’s a wrap! Thank you to all our pastors, leaders and delegates who were able to join us for our very first online Members’ Meeting last Friday evening....