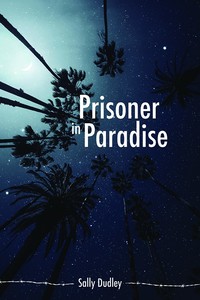 Many years ago, I was startled by a poster, which said: “White Australia has a black history.”

That poster jolted me out of my comfortable white view of the world, as I’d never been taught to think that way, growing up in a sheltered white suburbia.

When Cedric was in his fifties, he still didn’t know who he really was, why he was born on Palm Island in Queensland or why he was taken from his Mother as a toddler. Worst of all, he had no way of finding out.

Cedric is my husband and one of the many Indigenous Australians born into what we now call ‘The Stolen Generation.’

In spite of this, he knew that God’s hand was upon him, guiding him through the perilous and troubled times of his life.

When we moved from South Australia to Queensland in 2003, we started to slowly put the pieces of Cedric’s life together, revealing his identity and his sense of belonging.

The search began by sending away for his family history file in Brisbane, which took some time to be released, because there were so many others waiting for files, hidden away and kept secret in government departments for decades.

Uncovering his family history and personal files only led to more questions and more unraveling of the truth.

My book “Prisoner in Paradise” reveals the effects of government decisions, regulations and rules, which controlled every aspect of Aboriginal peoples’ lives and the trauma it caused. It also tells of the loving Heavenly Father who guided my husband to His Eternal Sheepfold.

Cedric’s story is just one of many, yet each story varies from the other and each reveals a glimpse of the manifold wisdom of God, which He manifests in His Church, the body of born again believers (1Corinthians1:25-27).

Cedric’s story has a Christian antagonistic viewpoint, which refutes the current false world-view that the Christian church is to blame for every bad thing that has happened to Aboriginal people since the colonization of Australia.

We live in a sinful and rebellious world, in which bad things happen every day. Cedric has walked through the valley of racial vilification since his childhood and has struggled to emerge from its evil strongholds.

Cedric’s story reveals the omnipotent and omnipresent God, who is in the midst of bad situations, calling individuals to believe in Jesus, who died for us, no matter what our circumstances, obstacles or family story.

Details for purchasing Prisoner in Paradise can be found here http://arkhousepress.com/prisoner-in-paradise.html