On this International Women’s Day, we recognise and applaud the significant contribution of our Victorian Baptist women leaders in helping our local churches and agencies flourish. The BUV is proud to affirm and encourage women leaders in their gifts and calling at all levels of leadership, whether that be in a vocational pastoral capacity, within local church leadership, or wherever God has called them.

In this article we are profiling one of our Baptist Karen leaders, Naw Say Htoo Eh Moero (“Say Htoo”) from Westgate Karen Baptist Church. Say Htoo has a deeply inspiring story of God’s faithfulness and provision from her early years in Burma, her journey to Australia and to the leadership roles she holds within her workplace, community and church. 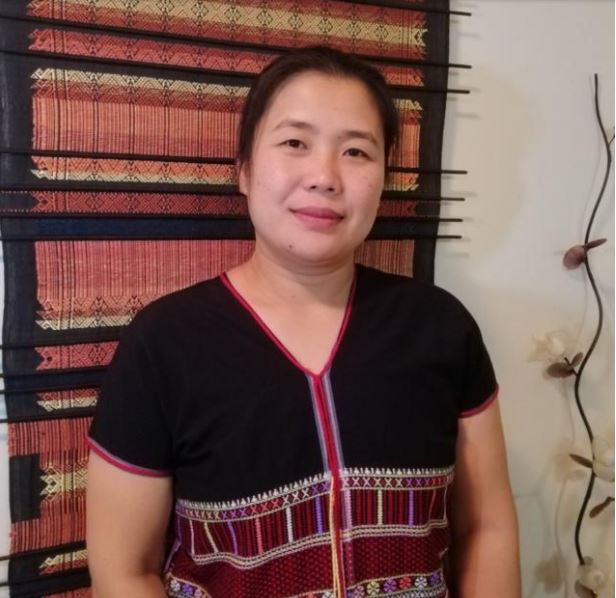 Say Htoo came to Melbourne as a refugee with her family at the age of 21. Due to Burmese military activity, the family had fled to Bangkok where they endured three years of living confined to a small one-bedroom apartment because of their illegal immigrant status. Say Htoo remembers those years of isolation well. It was very much a day-to-day existence as they prayed and believed God would take care of them each day. Eventually the family was granted refugee status, arriving in Australia in 1999.

On arrival in Melbourne, Say Htoo worked as a cleaner, shelf-stacker and kitchen hand. Over time, she worked her way into community service roles, with several different agencies. In the early days, Say Htoo and her family were welcomed into Baptist church life, thanks to the inclusion and leadership of Alan Marr, BUV Director of Ministries at that time. Along with a handful of other Karen refugees, Say Htoo and her family began attending Westgate Baptist Church.  As more Karen families continued to arrive from Burma, ‘Westgate Karen Baptist Church’ was born in 2000. Since that time, Say Htoo has served in various leadership capacities, including a stint as Treasurer and as Church Secretary for many years. She was also one of the first members of the RAALS committee (Refugee Airfare & Assistance Loan Scheme) formed by the BUV in 2004.

Say Htoo entered the TransFormation program at Whitley College in 2005 as part of the first cohort where she recalls this being an important step in her leadership development as she began to develop broader life views and gain self-confidence as a leader.

In recent times during the pandemic, Say Htoo has been involved with other members of Westgate Karen Baptist Church in helping fundraise for life-giving oxygen cylinders during the height of COVID, along with money for relatives and friends displaced by impacts of the 2021 Burmese military coup.

Since 2009, Say Htoo has worked at the Wyndham Community and Education Centre as a settlement worker. “It is here that I have found the place I can really give back to the community,” she says. “I remember those difficult years – especially in Bangkok, locked in that room. People helped us. That meant such a great deal to us, you cannot imagine. Jesus taught us to love our neighbours and help those in need…I understand I am to shine his light”.

In 2012, Say Htoo received a Lalor award in recognition of her work with helping settle refugees, presented by then-Prime Minister Julia Gillard. The following year, Ms Gillard presented Say Htoo with the Settlement Worker of the Year for Australia award in Canberra.

“When I think back on what I have achieved, and what I have gone through to get here, I think, ‘How did I do all this?’ Say Htoo reflects. “I did this while being a mother of two children. As women, we are strong, passionate and resilient. I would like to encourage girls and women that we are strong and we can do a lot of things and make things happen. There are many challenges in our daily lives and even in our faith, but when we need strength, we can ask God and he will help and strengthen us.”

“I thank God that he brought me here to Australia so I can glorify him”.

The BUV recognises the outstanding contribution Say Htoo has made and continues to make as a leader within the communities she lives and works in, and we thank her for sharing some of her story here.