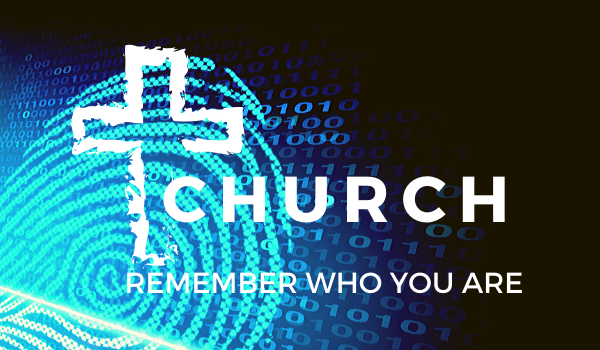 Remember Who You Are: Golden Lampstand

Church, remember who you are? You are a golden lampstand. Agree?

Spare me the poetry. The local congregation is a lampstand? Golden lampstand?
It may be a great Instagram post or a clever media grab, but really? Maybe you know way too much to fall for this PR exercise. In fact, you probably want to put your hand up and explain your rational protest: “Look, I know what the right thing to say about the church is, but I have evidence to the contrary, believe me, I know way too much to really agree with this unrealistic description.”

The Apostle John would probably agree with you.

He was the only remaining apostle towards the end of the first century. Exiled on the island of Patmos at the ripe age of maybe 95 and enduring persecution for his faith, John was deeply concerned for the churches in Asia Minor under his care. He did not only witness the declining condition of the church from a human perspective, he actually received a divine X-ray of its internal reality. The report didn’t look encouraging. Five out of the seven churches were deteriorating, either doctrinally or morally (Revelation 2-3). Yet, in Revelation chapter 1, Jesus revealed himself to John, declaring that the church is a golden lampstand. He explained:

Golden lampstand is truly an odd description to be attributed to those local congregations by the all-knowing One. Wouldn’t you agree?

So, why did the glorified Saviour describe His church, then and now, as a golden lampstand? I submit to you three potential reasons.

In describing the church as a golden lampstand, Jesus ascribed divine value to the church. Before revealing His sobering evaluation of the reality of each local congregation (Rev 2-3), Jesus pronounced that the church is inherently gold. Throughout the scripture, gold represents intrinsic value; gold does not ruin nor corrode. It holds its value no matter what.

The church is of significant intrinsic value in the eyes of her Lord. As if Jesus was clarifying to John: “if you evaluate the church based on your observations, you are likely to undermine her value. But let me explain her value is not dependent on your human perception; but my divine payment!” The church is precious because she is purchased by the blood of the lamb (1 Peter 1:18-19).

Church, remember you are precious. Who you are is not defined by what you do, rather what you do ought to be determined by who you are!

2. The Church shines in the darkness like a lampstand

Deploying an Old Testament imagery, Jesus described the church as His shining light in a dark world. The lampstand was located in the Holy Place in the Tabernacle and the Temple where the priest tended it daily (Exodus 25:31–39). They added oil, cleaned it and ensured it remained lit. Olive oil was the common fuel. It had a wick, where salt was added to the wick for a brighter flame.

Similarly, in a pagan world, in the midst of deteriorating spiritual conditions, Jesus was assuring John that He was the One who was in the midst of the church guaranteeing that its flame remains lit and shines brightly. The Holy Spirit enables the church to shine the character of Jesus, the light of the world (John 8:12) to the community.

Church, remember you are the light of Jesus in your community. You bring clarity in the midst of confusion, hope in the midst of darkness, and an alternative lifestyle that exhibits Jesus to the observing world (Matthew 5:14-16). Nothing can stop your light from penetrating darkness!

3. The Church is refined in the fire

By mentioning the golden lampstand, Jesus described the refining process of church. The Old Testament lampstand was constructed from pure gold (Exodus 25:31). Gold was purified in the fire. Similarly, Jesus was illustrating His commitment to purify His church in the fire of trials and afflictions (1 Peter 1:6-7). Much like the famous anecdote of the goldsmith who places the gold in the fire to eliminate its impurity, until he sees his face in the gold. Jesus places His church in situations where it can be purified until His face is manifested in her character (2 Corinthians 4:10-11).

In this season, could it be that God is whispering to each local congregation that you are precious regardless of your activities, you are called to shine regardless of your circumstances and you are being purified in the fire so that the life of Jesus may be manifested in you?

1. What experiences have subtly defined your perception of your local congregation?

2. How can your local congregation recapture its identity in the midst of the struggles and shortcomings?

3. How could you manifest the light and hope of Jesus more brightly in your local community?

4. What can you do to collaborate with the Spirit as He refines you in the fire?

I hope you find this devotion and the reflection questions useful. We look forward to distributing Part 7 next Tuesday. You can also read previous devotions here.