The BUV’s Ordination Transfers is a process by which pastors who have been ordained in another denomination, state or country, are formally recognised by the BUV. This year, a special celebration was held at Lutuv (Chin) Baptist Church in Keilor to recognise Ram Mang Lawngsang and Van Cin Thang Lahnin’s Ordination Transfer in front of their beloved friends, family and Baptist community. BUV staff in attendance included Rev Daniel Bullock who led the service, Rev Meewon Yang and Rev Jonathan Stark who preached a word of hope and encouragement about rejoicing in the midst of hardship and suffering.

Check out the wonderful photos below and read on for Rev Ram and Rev Van’s encouraging stories on their ministries. 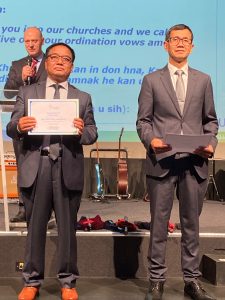 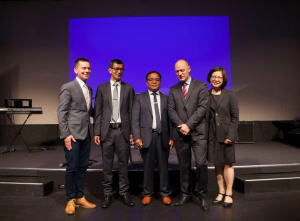 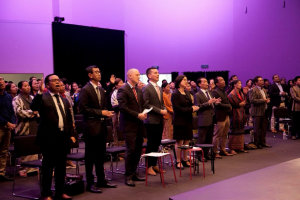 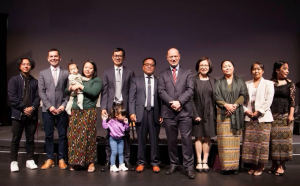 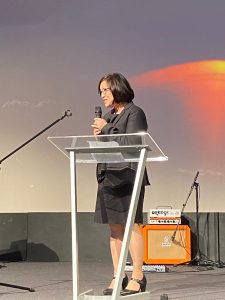 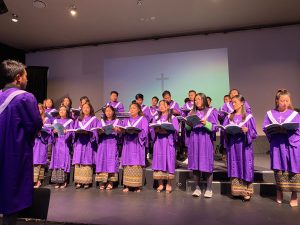 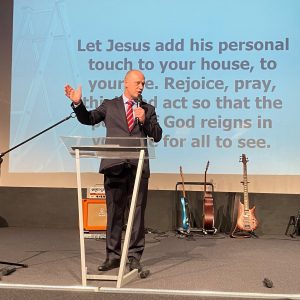 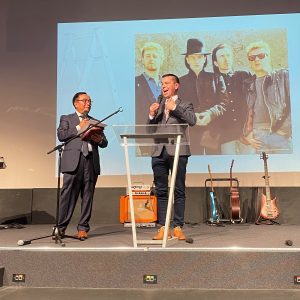 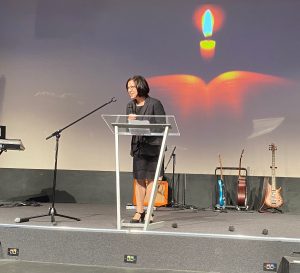 In 1982, I received Jesus as my personal Lord and Saviour and in 1984, after an encouraging visit from our church deacons, I accepted God’s calling into pastoral ministry by attending Union Theological College where I took up a Diploma in Theology Course. Upon graduating and serving as Head Pastor at Hriangpi Baptist Church, God eventually called me to serve in the role of Youth Director at the Lutuv Association of Baptist Churches, where I was officially ordained on the 2 February 1996. From there, I had served in several churches in pastoral and teaching roles including the Yangon Lutuv Baptist Church, Malaysia Lutuv Children Education Centre and the Malaysia Lutuv Christian Fellowship.

Upon arriving in Melbourne in 2016, my family and I attended the Lutuv Baptist Church where I first served as a church senior assistant and where I now continue to serve as Associate Pastor.

Rev Van Cin Thang’s story:
My name is Pastor Van Cin Thang. I have been happily married for over 5 years to my beloved Siata Elizabeth and we are parents to our two daughters. While completing my Theological studies in Malaysia, I responded to God’s calling to pastoral ministry and began serving Him among my people as preacher in 2010. I served as Church Chairman of more than two thousand members in Malaysia at the Malaysia Lautu Christian Fellowship from 2012-2014. Though my position was formally as Church Chairman, I also served in the role of Head Pastor, taking on all its many duties except conducting the holy sacraments like Baptism, the Lord’s Supper, and Benediction.

At the same time, I served as the Secretary and President of a community called ZZLMS which is a community composed of six churches and more than ten thousands members in total in Kuala Lumpur from 2013-2014. Afterwards, I served as church Assistant Pastor and Head Pastor at the Malaysia Lautu Christian Fellowship from 2015-2017. It was through this church that I was ordained by the Lautu Association of Baptist Churches in 5 June 2016.

During my ministry in Kuala Lumpur, God used me in such a wonderful way. I preached a lot of sermons, and He also blessed me with opportunities to train hundreds of young people and ministers by preaching and running leadership training courses and seminars in many different churches. I wrote a book of Church leadership in Chin Hakha Language which was distributed to many Chin Churches in Malaysia, USA, Europe, Australia and Myanmar. I really thank God for everything in my life.

While serving the Lord whole heartily for 6 years in Malaysia, I arrived in Melbourne in July 2017. I continue to serve Him at the Lutuv Baptist Church as the Assistant Pastor from 2018 till today. I am so grateful to the Living God for using me for his glorious Kingdom. God opened ways for me to serve Him in youth Seminar, CE (Church Education) Campaign, CE Teachers’ Training as speaker and trainer. To God be the glory.